It seems that in summer, everything aspires to leave the stifling air in the buildings – although air conditioning helps a lot – and spills out into the open air. 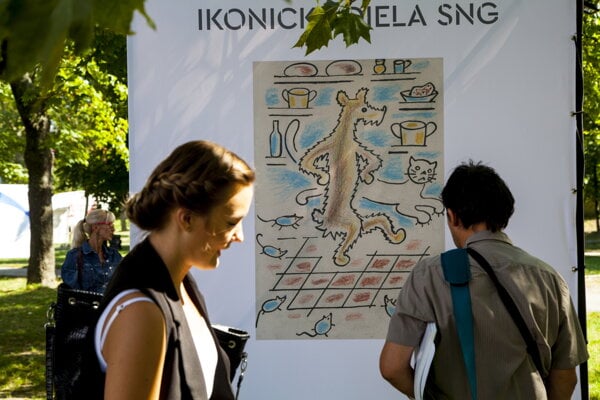 The situation may seem more complicated with visual arts but even here, the Slovak National Gallery (SNG) has made a breakthrough.

Between August 18 and September 4, big-sized replicas of the most relevant artwork of Slovak provenience will be shown on the Magio beach in Tyršovo Embankment of the Danube. In total 12 iconic works of Slovak artists – photographers, illustrators, painters and other artists – as selected by SNG head Alexandra Kusá have been placed on the city beach.

“Part of our building is currently under reconstruction, and so we have one more reason to bring art closer to the people,” Bohdana Hromádková told the TASR newswire for the SNG. “We have perceived the project as a challenge to leave the usual rooms with art and bring it out.”

The works include e.g. famous painting Mother / Matka by Mikuláš Galanda, photo August 1968 by Ladislav Bielik, or designs of the last banknotes of the federal Czechoslovak Republic by Albín Brunovský. People can also read the history of the works and the reasons why they were included among the icons.

“We want to be open for all visitors interested in art. Art can be found not just in galleries but everywhere around us,” Hromádková summed up. 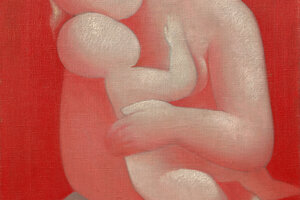 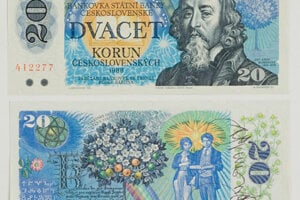 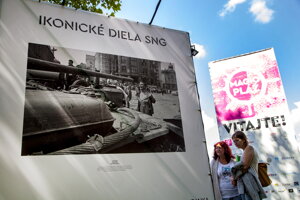 Iconic Artworks from SNG on the Magio beach (4 photos)