An opposition MP labels it a conflict of interest and calls for an investigation. 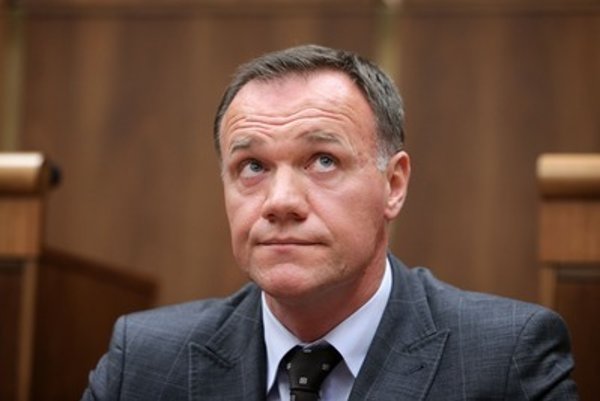 Despite last year’s criticism, the financial group Penta started working with former health minister Viliam Čislák (Smer) who has become an advisor to the head of its private network of polyclinics ProCare, the Sme daily reported.

Non-affiliated opposition MP Miroslav Beblavý says that with such behaviour Čislák might have violated or circumvented the constitutional law on conflict of interest.

“I would be lying by not saying it is a big disappointment for me [to see] how our former colleagues Zuzana Zvolenská and Viliam Čislák act in their posts,” Eduard Maták, one of the partners of the Penta financial group, told Sme last year.

Both Zvolenská and Čislák were picked by the second Robert Fico government (2012-2016) to lead the Health Ministry. The former had to leave after the scandal with overpriced purchase of CT device for the hospital in Piešťany.

Čislák, however, became advisor to Marek Duban, head of ProCare, on July 1, according to the reports of the regional daily Korzár.

“Company ProCare addressed Mr Viliam Čislák for his many years of experience in health care,” said its spokesperson Jerguš Holéczy, as quoted by Sme.

When asked about the opinion of Penta on the former health minister’s new post, its spokesperson Gabriel Tóth responded that it is a personnel decision made by ProCare, so he sees no reason to comment on the case.

Čislák has not yet commented on his new post. However, he said in the past that he does not know what it means to work for Penta. Before he took the post at the Health Ministry he worked as a manager in hospital network Sieť Zdravia, which also belongs to the financial group.

Yet he helped ProCare as a minister, providing its Prešov-based facility with a contribution of €460,000 to buy a CT device, Sme wrote.

The constitutional law on protection of public interest stipulates that if a public functionary offered some entity state aid or other support two years before leaving the post, he or she cannot start working for these entities one year after leaving the post if a monthly salary at the new position is higher than 10 times the minimum wage, Beblavý said.

“Viliam Čislák did not start working for ProCare as a standard doctor, but as an ‘advisor’,” he added, as quoted by the TASR newswire, adding that the constitutional law should prevent similar cases from happening. Moreover, he called for proper investigation of the case.

Beblavý also turned to Čislák and ProCare, asking them to publish the exact wording of all agreements between them to prove no law has been violated.

The MP also admitted that the former minister and Penta might have circumvented the law, especially if his monthly salary is higher than €4,050, TASR wrote.