The pivotal theme of the conference is to facilitate a discussion about the problem of growing radicalism in Europe. 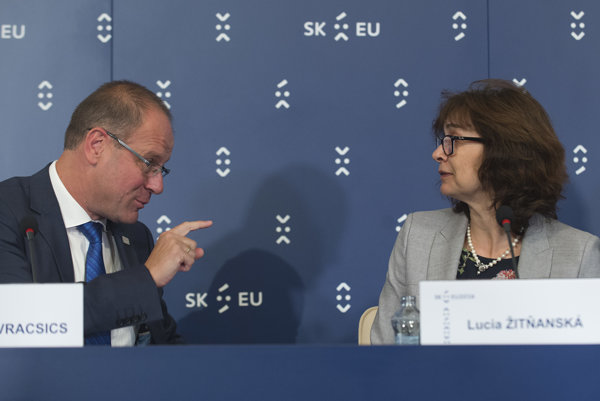 All member states of the European Union are prepared to do everything in their powers to suppress and marginalise the increasing radical and extremist powers, announced EU justice ministers.

They are taking part in a two-day ministerial conference on the occasion of the European Day of Remembrance for Victims of Totalitarian Regimes that is marked on August 23, the TASR newswire reported.

The pivotal theme of the conference is to facilitate a discussion about the problem of growing radicalism in Europe, to exchange experiences from the tackling of this phenomenon and to identify further measures at the European level aimed against the radicalisation, said Slovak Justice Minister Lucia Žitňanská (Most-Híd).

Participants have expressed their determination to always protect democracy, rule of law and human rights and to prevent extremist tendencies and opinions from entering into politics as they might endanger the principles of law and democracy.

“The problem of current Europe isn’t just an economic or a security one, but it also rests in the growing inclination of a part of the population towards anti-systemic and extremist entities,” said Žitňanská in her speech at the conference, as quoted by TASR. “It’s important to talk about these issues and to search for solutions in order to prevent the events of the past century from happening, when similar external and internal factors led to the emergence of totalitarian regimes at a more or less tacit agreement of the democratic majority.”

Ministers have identified the main reasons for these extremist tendencies to be poverty and ghettos, where people of the same religion, belief and mindset are concentrated, and cannot follow their ambitions in the given state of affairs.

“While justice ministers can tackle these problems via law enforcement mechanisms, education can address the challenges of the future,” he claimed, as quoted by TASR, adding that the education system in Europe should be set in such a way as to make democratic values attractive for future generations.