Historical pool complex Grӧssling has been closed since 1994, with a lawsuit still pending. 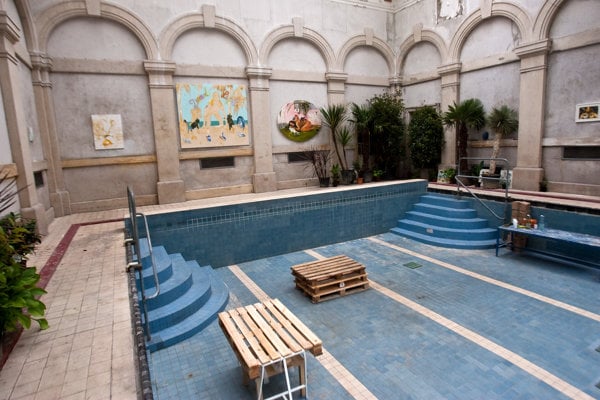 The poll in Grӧssling has been empty for about 22 years (Source: Sme)
Font size:A-|A+

Bratislava has never been rich in indoor swimming pools. So August 23 had a hint of celebration as the first public swimming poll in Petržalka finally opened. But even though this has happened with about one year delay, the historical swimming complex Grӧssling has not been so lucky as it has waited for reconstruction since 1994.

There are still many people who personally experienced swimming in the blue 25-metre swimming pool of Grӧssling. But they will have to wait an indefinite period of time to repeat this as the city council, the owner of the complex, does not have any clear plan what to do with it even though it would like to return it the function of public pool. City officials point to the still ongoing lawsuit with the former tenant Synaphea as the reason.

Mayor Ivo Nesrovnal, took on the Grӧssling case from his Bratislava predecessor Milan Ftáčnik in 2014, has reiterated interest of the city in using the potential of the complex. 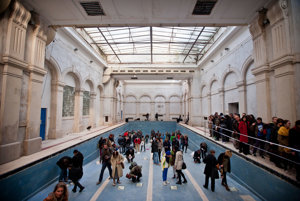 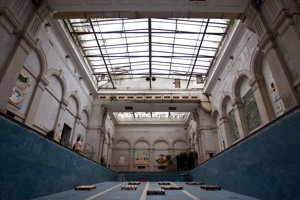 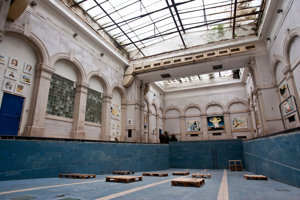 “This is because Grӧssling is very important for the identity of Bratislava,” City Council spokeswoman Ivana Skokanová told The Slovak Spectator.

The Grӧssling complex is on the corner Medená and Kúpeľná streets and on Vajanského Nábrežie embankment consists of three parts. The oldest one, with baths, was built 1885. The facility underwent the first refurbishment and extension in 1913. At that time two pools were built. In 1929 the complex was extended to the Vajanského street in the functionalist style designed by Bratislava-based architects Friedrich Weinwurm and Ignác Vécsei. This became the main entrance to the facility. The swimming pool was in operation until 1994 when the city council closed it over safety concerns.

Nesrovnal also would like to restore Grӧssling, but the city sees as necessary firstly to solve the lawsuit with Synaphea. The city council also claims that Synaphea owns it more than €58,000 in unpaid rent. As Synaphea has not paid, the city council initiated distraint proceedings.

Branislav Kaliský and Peter Bacon, former director of the development company Ballymore launched Synaphea after completion of the Eurovea complex on the Danube River’s embankment. Synaphea rented Grӧssling from the city council back in 2007 under Bratislava mayor Andrej Ďurkovský, for 10 years.

“The contract was signed with the aim of elaboration of a study, a project for development permit, realisation documentation and following reconstruction of the bath and adjacent administrative building,” Kaliský, architect and the legal representative of Synaphea told The Slovak Spectator.

The plan was to reconstruct the complex within six years. However, the company failed to execute its plan. As Kaliský explained, they waited about one year for the response from the city council to their study for restoration of Grӧssling with the plan to create a clinic and boutique hotel while the response from the city council was negative. The city council objected primarily creation of a hotel here, preferring apartments instead. But as Kaliský explained, strict rules on lighting for apartments do not enable this. Moreover, in his opinion the complex needs some extra money-making services to preserve the public swimming pool. Simultaneously the company found out that the city council ordered elaboration of its own study for Grӧssling. A similar unfruitful communication went on with the city until 2014, according to Kaliský.

“We have never received either agreement or possibility from the city council to continue in the project,” said Kaliský.

In 2013 the city council terminated the rental agreement with Synaphea, arguing that it did not meet its conditions as it did not made any progress one reconstruction.

Synaphea responded with a complaint.

“I feel sorry, but it is not us who has blocked it,” he added.

For the time being the Synaphea company is not functional and in liquidation.

“My partner Peter Bacon has lost interest in investing in Bratislava,” said Kaliský, adding that Bacon has not been in Bratislava for already about four years.

Kaliský remains open to possible cooperation with the city council.

“All the projects we have elaborated on the basis of the contract with the city council are at disposal also in case the city finds a new partner,” said Kaliský, adding that they still would like to participate.

Construction of the first public swimming pool in Petržalka had been planned for years and they finally materialised August 23, though it was only a testing operation. The facility will open to the general public September 5. 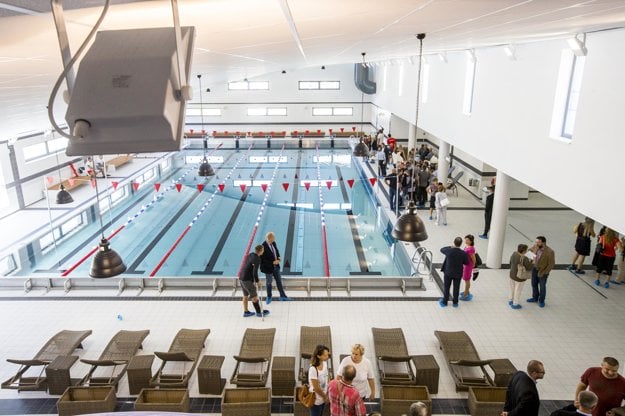 The new facility has a 25-metre swimming poll with five lanes, a pool with water jets, a toboggan and other attractions, a children’s pool, whirlpool with hot water, sauna, solariums and a refreshment area. The daily capacity is about 600 people. 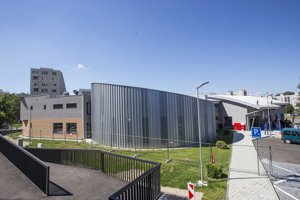 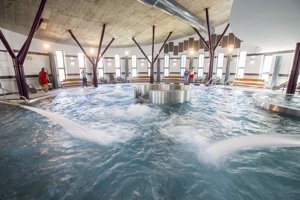 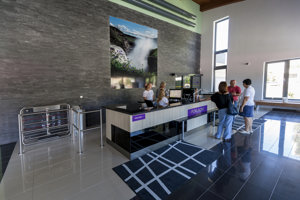 The construction of the swimming pool started in July 2014 and originally it should have open in April 2015. However, unexpected problems like the need to move water mains delayed its opening as well as increased its costs by about €300,000 to €4.2 million, according to the TASR newswire.

Citizens and visitors of Bratislava do not have very many possibilities where to swim indoors in Bratislava. One of few possibilities is Pasienky with one 50-metre and one 25-metre swimming pools. Twenty-five metre long swimming pools open for public are at Iuventa and the Central shopping centre. The Faculty of Physical Education and Sports at Comenius University opens its 25-metre poll at LAfranconi for the general public for some hours per week, too. Some hotels, like Nivy or Barónka, also have pools in their wellness centres that are accessible.