The cheapest ticket will now cost €12.

One of RegioJet's trains in Bratislava. (Source: SITA)
Font size:A-|A+

Private rail passenger carrier RegioJet has hiked the prices of its cheapest tickets from €9 to €12 on the route between Košice and Bratislava as of August 24.

“I know that any change of price is not good news for customers but we hope they will understand our reasons,” said the head of RegioJet, Radim Jančura, as quoted by the Sme daily.

The reason is that the carrier wants to reduce losses caused by the low prices in the market and free travel for certain people, Jančura explained. Some prices will return to the amounts that the customers paid before the price war with the state-run railway company started. The losses amount to €5.5 million, Jančura added.

The Antimonopoly Office (PMÚ) decided in late July that the prices set by the state-run IC trains operated by passenger carrier ZSSK were alright. The company responded to the arrival of RegioJet mildly and did not start a war.

“ZSSK rather withdrew from the market after RegioJet’s arrival,” PMÚ wrote in a statement, as quoted by Sme, adding the company has not done anything to push the carrier from the market. 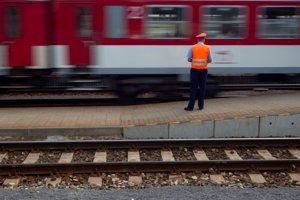 As well as increasing the prices for the lowest class, RegioJet will also change the price of tickets for higher classes. It will however, reduce them from €18.70 to €15.90 in Relax class and from €23.40 to €20.60 in Business class, Sme wrote.

The change will concern 17 connections a week.

“The aim of the changes is to make travelling in the upper classes more attractive so more passengers will use them,” said RegioJet’s spokesperson Aleš Ondrůj, as quoted by Sme.

This is the second time this year the carrier has altered its prices. The first affected the most used trains.