Police inspectorate to be under new authority

Inspections will most likely be carried out by the prosecutor’s office.

It seems that police officers will no longer investigate their own colleagues. The Interior Ministry has given way to the comments of the coalition partners and plans to move the police inspectorate, which is currently running under its auspices, to the General Prosecutor’s Office, the public-service broadcaster RTVS reported.

The operation of the inspectorate has long been criticised by Ombudswoman Jana Dubovcová, General Prosecutor’s office, and also the coalition parties. They mostly questioned the independence of inspections.

Interior Minister Robert Kaliňák (Smer) admitted to RTVS that there were certain demands from the coalition partners, adding that they always respect the opinions of the others. The coalition should be based on mutual agreements, he added. 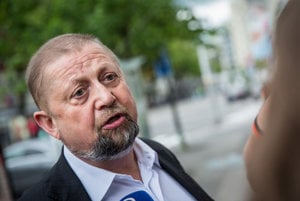 “We are capable and willing to investigate the crimes of police officers,” General Prosecutor Jaromír Čižňák said, as quoted by TASR, adding there will have to be some changes to structures at regional prosecutor’s offices.

Also the appointment of the head of the police inspectorate will change. Except for the minister, he or she will be chosen by the government. Moreover, people complaining about police raids will under the new rules turn to the parliamentary committee for defence and security, RTVS wrote.

The Interior Ministry’s proposal should soon be discussed by the coalition council. After it is passed by both the government and parliament, it is expected that it will become effective in 2017.