Slovakia has enough people who could be retrained, they say.

Trade union OZ KOVO disagrees with facilitating conditions for employing people from third countries, as there are still plenty of people in Slovakia who can be hired for the positions needed after their requalification.

“We can’t accept the pressure from employers to hire more and more people from third countries,” head of OZ KOVO Emil Machyna said, as quoted by the TASR newswire. “Instead, we think that some companies should improve their working conditions so that people have an interest in working there.”

Currently there are some 100,000 employees who could undergo requalification programmes, Machyna added, referring to the fact that both dual education and professional requalification have been neglected by employers.

Another possibility to avoid hiring foreigners is to attract Slovaks currently working abroad to come back to work in Slovakia.

“There is still around 40,000 people working in the Czech Republic,” Machyna said, as quoted by TASR. “Migration to Austria represents around 42,000 people, migration to Germany 24,000 people, and to England around 8,000 people.” 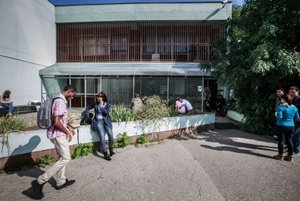 Many people abroad work in industry and many of them could find work in Slovakia, he added.

Recruitment agencies should make greater efforts in terms of education of potential employees as well, according to OZ KOVO.

“Nowadays, there is pressure on employers from the part of agencies to look for new people abroad,” Machyna added.

The trade union, however, agrees with hiring top-notch experts from abroad, if necessary.

“We have no problem with experts in IT technology and healthcare in which it’s necessary to meet the requirements," said Machyna, as quoted by TASR, adding that some 18,030 workers from third countries are currently working in Slovakia in various fields.