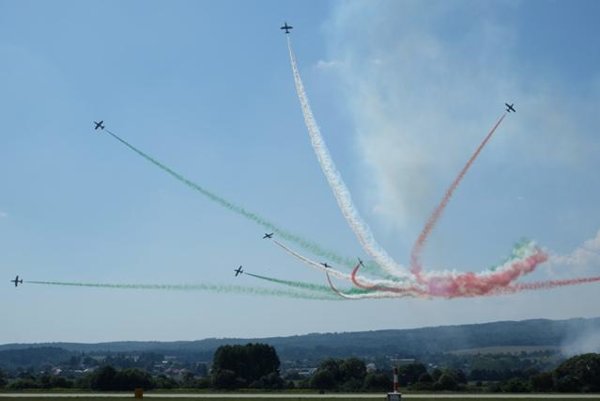 Around 85 aircraft on display and  dozens more in the air will be seen at the Slovak International Air Fest (SIAF) 2016 on the airbase in Sliač in the Banská Bystrica region this weekend, August 27-28.

SIAF is the biggest aviation event in Slovakia with more than 100,000 visitors attending each year. The airbase will be open for the public between 8 a.m. and 6 p.m. on both days.

The event is being organised by the Slovak Aviation Agency in cooperation with the Defence Ministry, the Interior Ministry, the Transport, Construction and Regional Development Ministry, the Slovak National Uprising Museum, the Military History Institute, Sliač Airbase and the towns of Sliač, Zvolen and Banská Bystrica.

The weekend will feature pilots from 13 countries of Europe and NATO.

"I'm mostly looking forward to see the MiG-15, MiG-21 and MiG-29 aircraft as well as to equilibrist duo of Zoltan Veres and Kayris Jurgys," SIAF director Hubert Stoksa told a press conference as quoted by the TASR newswire.

However, organisers highlighted performances of acrobatic groups from Spain (Patrulla Aguila), Belgium (Red Devils) and the Czech Republic (Flying Bulls). One of the biggest attractions should also be the American bomber B-52.

This year's air fest has taken into consideration disabled people as well, who will be able to get into a cockpit of the L-39 aircraft. Hosts have also developed a SIAF app that will provide all the essential information about the programme, aircraft and the airbase. 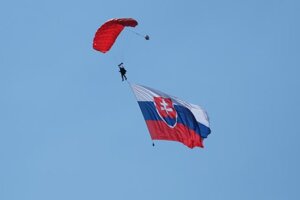