The white-tailed eagle is Slovakia’s biggest nesting bird of prey. Just 15 to 20 pairs of this beautiful predator nest in Slovakia, so every chick is extremely precious. 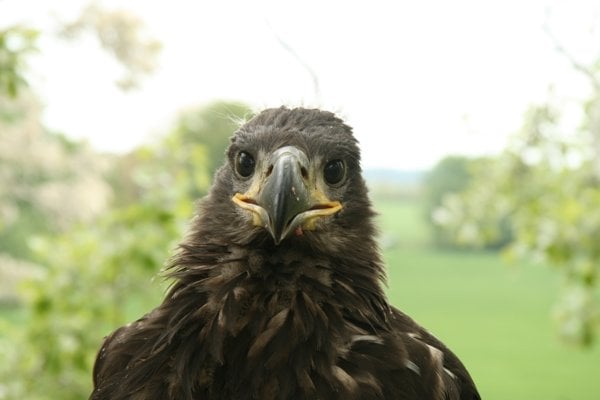 Just 15 to 20 pairs of the white-tailed eagle nest in Slovakia (Source: Courtesy of RPS)
Font size:A-|A+

One little chick, thanks to the understanding of people, even moved electric lines slated for construction.

“The number of white-tailed eagles is influenced by various factors. Its function in nature is often misunderstood and is a splinter in the eye; as a predator it is persecuted as a result,” Jozef Chavko from the Raptor Protection of Slovakia(RPS) stated for a press release, adding that this kind of eagle feeds primarily on dead animals and helps the environment get rid of carcasses.

However, white-tailed eagles luckily have admirers. Sympathy and a positive outlook prevails among people, he said.

“When we discovered a new nest this February in the Danubian Flat, the south-western part of the Danubian Lowland in Slovakia near the Váh river, we were very satisfied,” explained Chavko in the press release. They also found out, however, that construction of new electrical lines -  twice 400 kilovolts in the section of Gabčíkovo, Veľký Ďur, central Slovakia - was planned just about 200 metres from the nest.

The installation of power lines in direct proximity of the nest could cause the white-tailed eagles to leave the nest while laying eggs or raising chicks. 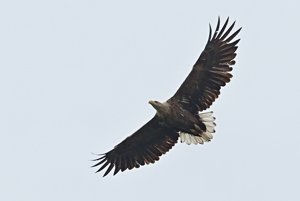 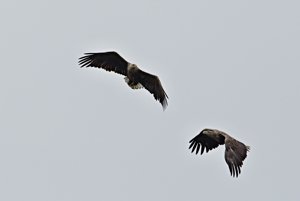 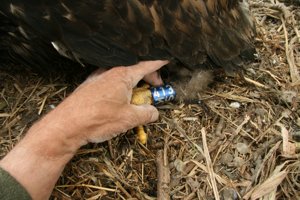 “We looked for a solution, how to save the situation,” Chavko said in a press release. “We were really pleasantly surprised by the approach of joint stock company Slovak Electricity Transmission System because they immediately recommended a new route and adapting the assembly operation to the contracting company in order to avoid jeopardizing the nesting of the eagles.”

It was with great feeling when they came to band the chick, Chavo stated.

The chick now has an inscribed ring which may be read from a distance by monocular.

Ornithologists reported after the last inspection that the chick is already flying around the nest and the parents are watching over its first trips.