Also Slovakia commemorated the 400 anniversary of the playwright's death. 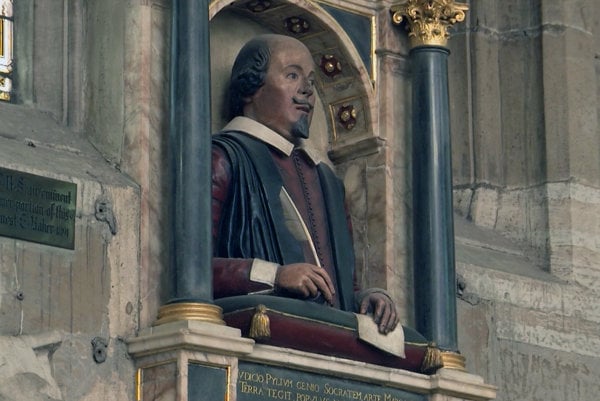 British chemistry professor Michael Londesborough visited a school in Bratislava in April to talk about the sonnets of William Shakespeare and the chemistry of love. The visit was one of the events organised by the British Council in Slovakia to commemorate the 400th anniversary of the death of the great British playwright.

In his presentation, Londesborough explored what love is and demonstrated what it means to be in love, showing that everything depends on people’s biochemistry.

“The fact that Shakespeare predicted the chemistry of love surprised many people during the presentation,” Alastair Bassett, country director of the British Council in Slovakia, told The Slovak Spectator. A similar event was also held in Banská Štiavnica.

This was not the only event to remember Shakespeare, who remains very popular among Slovaks.

Though Shakespeare contributed significantly to the development of the English language, people in Slovakia perceive him mostly as a major figure in world literature, said Bassett.

The works by Shakespeare are about real life. He highlighted the importance of harmony between sense and sensibility, person and nature. His characters are strong, brave and slightly egoistical individuals who develop as the story continues and rebel against social conventions, the TASR newswire reported.

“Shakespeare was a poet who knew much about the world around him,” said poet Ľubomír Feldek, who has been translating Shakespeare for more than 20 years, as quoted by the public-service broadcaster RTVS.

His work is based on words, with poetic or philosophical meaning but those words help to reveal the psychology of his characters, Feldek added.