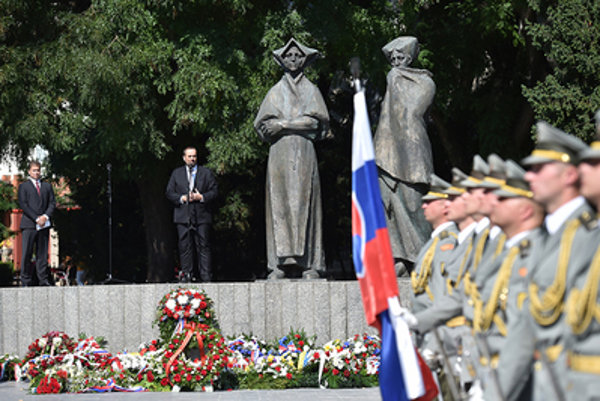 On August 25th, slovak officials as well as direct participants, laid wreaths at SNP Square in  Bratislava commemorating the victims of the Slovak National Uprising (SNP) in WWII.

“The uprising is one of the brightest moments in our modern history,” said Slovak Anti-Fascist Fighter's Association Central Council secretary Viliam Longauer, as quoted by the TASR newswire. 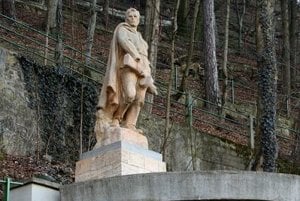 Read also: Events not for idealising nor demonising Read more

SNP was one of the key moments in Slovakia’s World War II history when some in the Nazi-allied Slovak state stood up against the oppressive regime. By rising up against the occupiers, Slovaks tried to show the world that most of the nation supported the Allies unlike the official government of the country back then, according to Marek Syrný, a historian at the SNP Museum in Banská Bystrica.

“Even though more than 70 years have passed since the end of WWII, there are still almost 2,000 men and women who fought against Nazism living among us,” said the Deputy Prime Minister for Investments and Informatisation Peter Pellegrini, as quoted by TASR. “In these times, when support for extremist ideologies in our society is increasing, we need to lead an open and honest dialogue about our history.”

Speakers at the event emphasised the need for continued commemoration of the SNP’s legacy.

“If we want to remain true to what our fathers and grandfathers sacrificed their lives for, we have to stand up against fascism now, stated Bratislava regional governor Pavol Frešo, as quoted by TASR. “Those before us had it much harder.”

Longauer noted that misinterpretation of historical events can be very dangerous.

“Modern neo-fascists can never ever twist the truth about the need for the uprising by Slovaks against Hitler's fascism and Nazism,” Longauer said, as quoted by TASR. “Understanding the significance of the SNP means seeing more basic factors and interconnections confirming its purpose.”