SNP was a significant moment in history

The story of US-Slovak military cooperation began with the Slovak National Uprising. 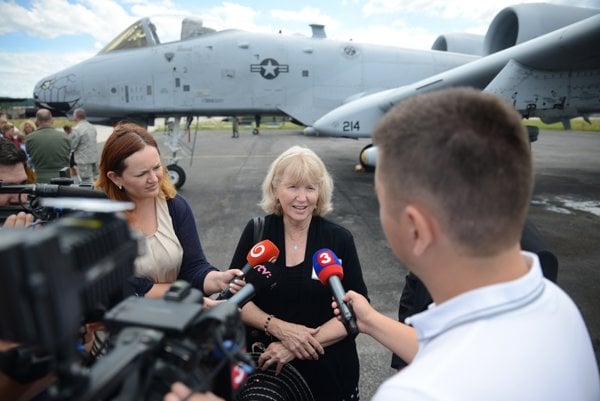 We will commemorate the 72nd anniversary of the Slovak National Uprising – one of the proudest moments in Slovakia’s history – on August 29. By resisting the Nazi occupation and rejecting fascism, the Slovak people demonstrated their courage in the face of overwhelming odds and their determination to stand united against hatred and oppression.

Citizens from over 30 countries participated in the Uprising, including the United States. One of those participants was OSS agent Captain Edward Baranski, an American of Slovak and Polish heritage. Baranski landed at the Tri Duby (Sliač) airfield in September 1944 in a B-17 bomber filled with military supplies. His mission was to coordinate the efforts of Slovak resistance fighters and assist US airmen downed over Slovakia in evading capture. Later, as Nazi forces suppressed the Uprising, Captain Baranski was forced to flee to the village of Detva, where a Slovak family sheltered him. Nazi troops eventually captured Baranski and sent him to Mauthausen concentration camp, where he was executed in January 1945.

But his story doesn’t end there. Recently, Captain Baranski’s daughter, Kathleen Baranski Lund, returned to Slovakia. And she brought some family members with her … a lot of them.