Mine dwarfs, permoníci, can be sometimes spotted in Slovak mines, the legend has it. (Source: Jana Liptáková)

Mining made Banská Štiavnica one of the richest towns in the Kingdom of Hungary.

Although there is no longer metal mining in the picturesque central Slovak town, the mining tradition has survived in the spirit of the town. Today, tourists are the ones to visit the mines. Yet, Banská Štiavnica is only one of many examples of Slovakia’s deep-rooted mining tradition. Mining and processing noble metals generated considerable wealth in a number of regions, which is still visible through architecture built in those days, as well as through historical monuments dedicated to technical achievements.

Mining was most significant in central Slovakia. Some of the cities had minerals embedded in their nicknames; Kremnica was golden, Banská Štiavnica silver and Banská Bystrica copper, according to the deposits most commonly found in their vicinities. 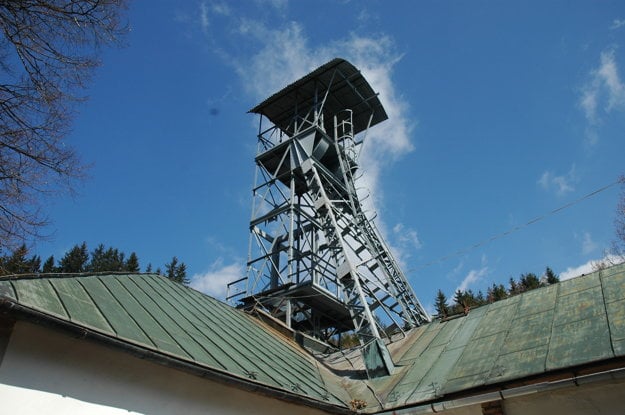 Banská Štiavnica and its surroundings offer the densest concentration of mining-related monuments, which include not only historical mines and mine entrances, but also vital relics of mining and metallurgical activities of the past. For example, numerous lakes around this mediaeval mining centre called tajchy are today used for recreation, but in the past, these man-made reservoirs created a sophisticated system to harness the power of water for mining activities. Thanks to the level of preservation of Banská Štiavnica and its surroundings, it was inscribed onto the UNESCO World Heritage List. The nearby Hodruša-Hámre is also part of the site while its Middle Adit of the All Saints Mine, which was in operation from the mid-14th century through 1950, offers a unique view into the past.

The region is aware of the potential for drawing tourists to its historical mining monuments and is working on presenting even more. The civic association Terra Montanae has created the Barborská cesta, Path of St Barbora, bearing the name of the patron saint of miners, metallurgists, builders and firefighters.

The 180-kilometre-long path runs through Banská Bystrica, Kordíky, Špania Dolina, Staré Hory, Kremnica, Sklené Teplice, Banská Štiavnica, Zvolen and additional places connected to the 1,000-year history of mining, metallurgy, minting and processing of noble metals. Terra Montanae believes that the tourism potential of these mining-related sites has not been fully tapped yet.

While technical monuments in central Slovakia offer insights into ways mining and metallurgy used to look in the far past, the brown-coal mine Baňa Cigeľ, turned into the Coal Mining Museum of Horná Nitra, offers features of more recent mining technologies. Visitors equipped with protective helmet, coat and lamp are taken into the mine by a yellow mining train. Through evocative explanations from former miners, now serving as guides, visitors can learn how the tunnels were excavated, how miners used explosives to get at coal and how they transported it to the surface. They can also see the lunch rooms, with tables and benches where the miners rested between periods of hard work.

Not only noble metals but also precious stones were extracted in Slovakia. Dubník in eastern Slovakia takes pride in being the only opal mine in Europe. During recent years there were efforts to resume industrial opal mining as well as to open the old opal mines to tourists, both of which were successful. While the mining in Dubník resumed in 2012, a more than one-kilometre long adit in Jozef Ward was opened to tourists in 2015.

It is necessary to book a visit at least one working day ahead. Between the villages of Červenica a Zlatá Baňa close to the entrance into the mine there is also a parking lot.

“This is the oldest opal mine in the world, with first mentions about opal mining from the 11th century,” said Iveta Bernátová from the Slovak Opal Mines (Slovenské opálové bane) company. Out of 30 kilometres of mining galleries, over one kilometre has been made accessible for tourists. It is possible to buy souvenirs from opal, to see opal lode or to experience a real mining atmosphere. “It is unique. In Czech-Slovakia we used to have the Czech garnet as the national stone, but we have here Slovak opal that, in a perfect cut and good colour, has a higher value than gold,” Bernátová added. Part of the mine is flooded and while everything here has been preserved, it is accessible only for divers. 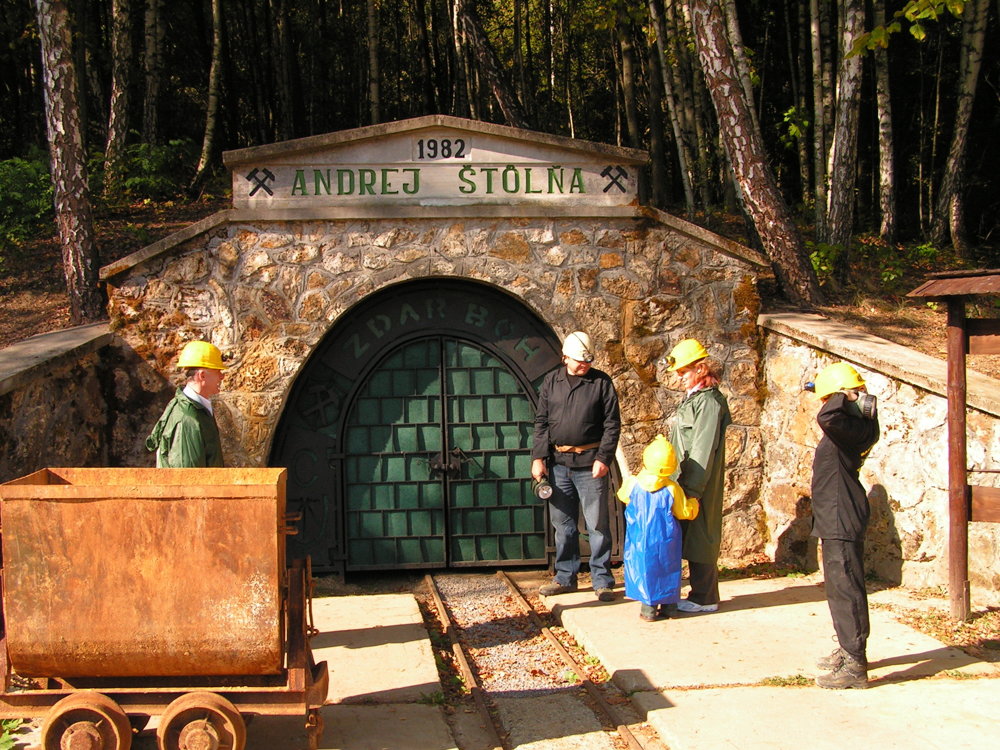 The forestry industry also offers an array of technical historical monuments, including narrow-gauge railways built to satisfy the increasing demand for wood at the turn of the 19th and the 20th century. To bring logs from deep in the forests, dozens of kilometres of specialised railroads were built. They were eventually displaced by trucks and dismantled, though some dozens of kilometres of narrow-gauge railways have survived.

These rails often required unique technical solutions to overcome difficult natural conditions. The switchback railway connecting the Orava and Kysuce regions is a good example of rails crossing difficult mountain terrain. During their heyday the tracks spanned 110 kilometres. The plan to dismantle the whole railway in the 1970s did not materialise and part of the railway was gradually reconstructed and became an inseparable part of the open-air museum in Vychylovka. The switchback system in Vychylovka is one of two such systems preserved in Europe. It enables trains to climb a steep grade through a series of switchbacks moving back and forth across the mountain, climbing a total of 217 metres. Watching the brakeman jump off the train, crank the switch, and jump back on again is an added treat. 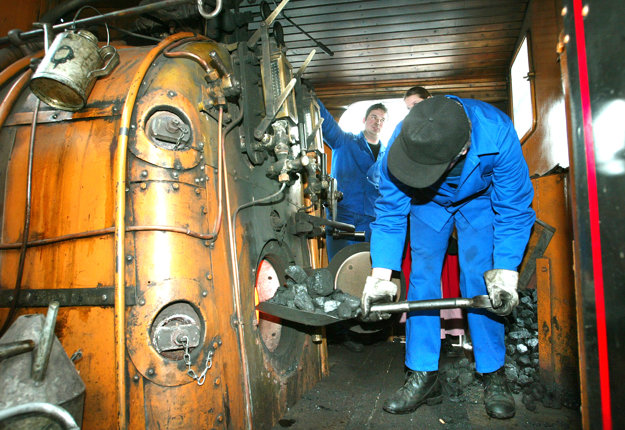 These railways are not frozen in time. Their operators, often rail enthusiasts, continue to extend the routes, reconstruct engines and wagons, and add new services. Čiernohorská železnica (ČHZ), for example, extended its rolling-stock fleet by four wagons and prolonged its operated rails by about one kilometre. Now ČHZ operates about 20 kilometres of routes, still short of the 132 kilometres from the 1920s, but increasing. The historical railway transports tourists with four steam and six diesel engines on three routes to Vydrovo, Chvatimech and Dobroč.

Another project underway is revitalising the cog railway between Tisovec and saddle Zbojská, an endeavour of the civic association OZ Zubačka. In May 2015 they put on rails a renovated cog steam locomotive which operates for visitors only on selected days during summer season. A diesel engine has run on this special route for the past eleven years. “Attraction of steam train revived the entire region,” Tisovec mayor Peter Mináč told the TASR newswire.

The steep-grade railway in Tisovec was built in 1896 and it is unique for its cogs helping locomotives to overcome the steep Slovenské rudohorie mountains. Cog or rack mechanisms allow trains to operate on steep grades above 50 permille, which is the maximum for adhesion-based railtracks. 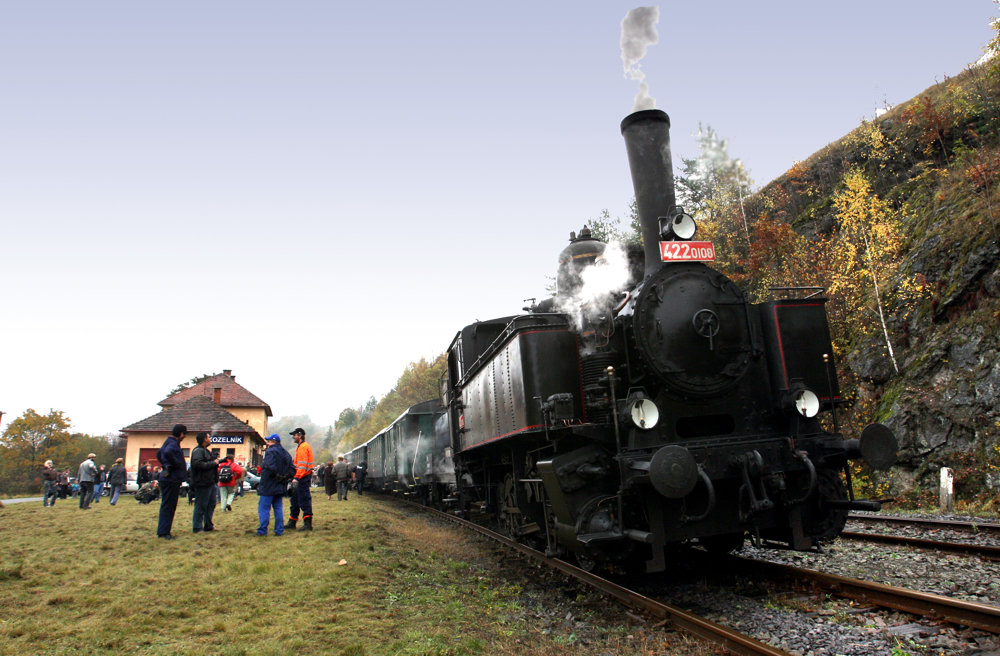 There are several operational steam engines in Slovakia. (Source: SME)

Unfinished technical projects prove interesting to many visitors as well. One such place is the 2,400-metre-long Slavošovský railway tunnel, which has everything it needs – except rails. It is located in the Gemer region, on the border of Banská Bystrica and Košice Regions.

“This is really a technical jewel, about which most of Slovakia actually does not know,” said Ladislav Topoľský “I admire the work of people, who built the tunnel 70 years ago and today it looks like it’s just one week after its opening.”

The tunnel is part of the so-called Gemer connections to link districts designed after the Vienna Arbitration in 1938 when part of southern Slovakia was attached to Hungary and disconnected from existing rail lines. The construction of the railways started quickly, but by the time these were over, World War II was over and they were no longer needed. No tracks were ever laid. The smaller 245-metre Koprášsky tunnel and the Koprášsky viaduct are among other similar attractions of the Gemer connections.