The aim of the informal polls is to narrow the field, diplomats say. 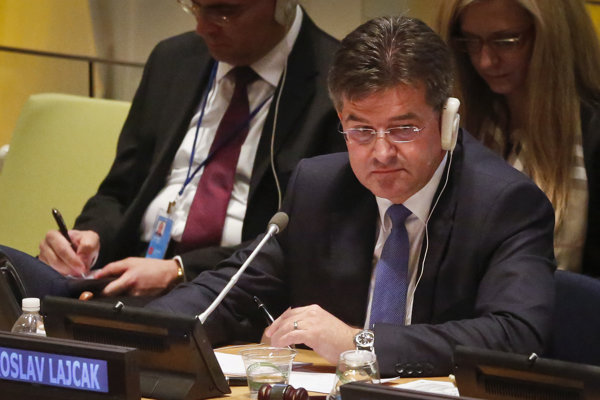 Slovak Foreign Affairs Minister Miroslav Lajčák finished second in the third round of informal voting for the new UN secretary general, receiving an “encourage” vote by nine of 15 diplomats. Five members of the UN Security Council gave him a “discourage” vote, while one had “no opinion”, the SITA newswire reported.

He has improved his position compared with the previous vote, when he finished next to last.

The Slovak Foreign Affairs Ministry did not want to comment on the result.

“It is still an internal process of the UN Security Council, which its members do not comment on,” ministry’s spokesperson Peter Stano said, as quoted by the TASR newswire, adding that as the process still continues it would be premature to comment on it. 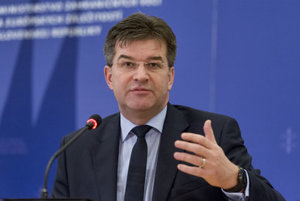 The vote was clearly won by former Portuguese prime minister António Guterres who received 11 “encourage votes”, while three gave him “discourage” votes and one has “no opinion”.

Bulgarian politician and the Director General of UNESCO Irina Bokova and former foreign minister of Serbia Vuk Jeremic were tied for third place. They were followed by Argentina’s Foreign Minister Susana Malcorra,  the AP newswire wrote.

The aim of the so-called straw votes is to narrow down the field, said Britain’s UN Ambassador Matthew Rycroft.

He encouraged those with poor showings to assess how they can gain the required minimum of nine “yes” votes and no vetoes, “and if that’s a long way off then I think they should follow the two” candidates who have already dropped out, as reported by AP.

The tenure of current UN Secretary General Ban Ki-moon will expire on December 31. His successor will be chosen by the 193-member General Assembly on the recommendation of the 15-member Security Council. In practice, this has meant that the council’s five permanent members (the US, Russia, China, the United Kingdom and France) have veto power over the candidates.

By tradition, the job of secretary general has rotated among regions. Asia, Africa, Latin America and Europe have all held the post. East European nations, including Russia, argue that they have never had a secretary-general and it is their turn.

There has also never been a woman secretary general and more than 50 nations are campaigning to elect the first female UN chief, along with many organisations, AP wrote.