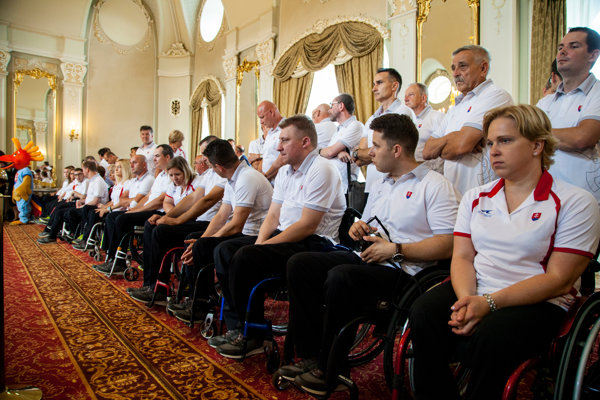 Slovak disabled athletes will attend their sixth Paralympics, which will take place in Rio de Janeiro between September 7 and 18. Slovakia will be represented by 29 athletes altogether. They will depart in two groups, the first leaving for Rio on August 31 and the second on September 1.

During the history of the games, the country has won 48 medals, including 14 gold, 16 silver and 18 bronze, the SITA newswire reported.

“I believe our athletes will win at least eight medals in Rio,” said head of the Slovak representation Samuel Roško, as quoted by SITA.

As many as seven athletes will represent the country in boccia and table tennis, while five will compete in cycling, three in shooting, two in athletics and archery, and one in riding, swimming and powerlifting.

Among the favourites are shooter Veronika Vadovičová, a champion from Beijing 2008, but also table tennis player, Ján Riapoš, the chair of the Slovak Paralympic Committee  has high hopes, SITA wrote.

During the official ceremony held on August 29, also the official postal stamp for the 2016 Summer Paralympics was revealed. It depicts a table tennis player, while in the back the statue of Christ the Redeemer in Rio de Janeiro is depicted.