The economic daily points to the critical approach of V4 towards Brussels, despite using its benefits. 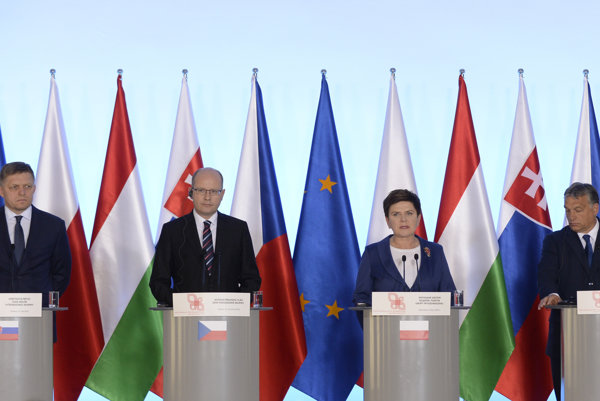 Though the countries of the Visegrad Group (V4) benefit from the European Union, they are seeking to overturn its institutions. This is how economic daily, The Financial Times  (FT) commented on the members of the club, i.e. the Czech Republic, Slovakia, Poland and Hungary, shortly before the September summit due to be held in Bratislava.

The FT reported, as cited by the ČTK newswire, that though the central European countries do not maintain the claim that they would be better off without the EU, as supporters of Brexit did, they resent it when Brussels interferes with their domestic affairs or forces them to adopt solutions with which they disagree. This concerns, for example, the mandatory refugee quotas,

“Blame our communist heritage,” one Visegrad minister told the Financial Times, “but we don’t like it when the policy is defined elsewhere and then we are told to implement it.” 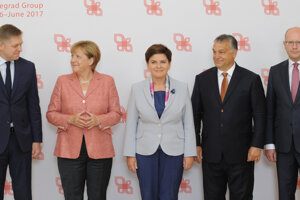 Read also: Migration and Brexit will be key issues of EU summit in Bratislava Read more

The FT points to the fact that before entering the EU, the V4 governments were very keen to win backing in support of pro-European reforms. After the 2008 economic crisis their hopes that they would quickly catch up with western countries have failed. Also the bankruptcy of Greece and the migration crisis have revealed some flaws.

“The bride turned out not as pretty as advertised,” said Otilia Dhand, a Slovak-born analyst with Teneo Intelligence, as quoted by the Financial times. “The EU is probably the best of the realities that [CEE citizens] can imagine. It’s just that they are not particularly optimistic about the reality they see right now.”

V4 now seeks for an EU based on increased co-operation between capitals, with some powers handed back to member states, and Brussels-based institutions curbed. Beyond that, however, divergent interests may make it difficult for them to agree on any detailed blueprint, the Financial Times wrote.

The FT also pointed to the increase in the radical opinions held by the V4 countries, particularly in Hungary and Poland.

As for Slovakia, the paper pointed to the fact that Slovak PM Robert Fico used anti-European emotions in the campaign for the March 2016 parliamentary election.