Drug reform in 2011 was meant to boost transparency, but not all pharmaceutical companies have followed through. 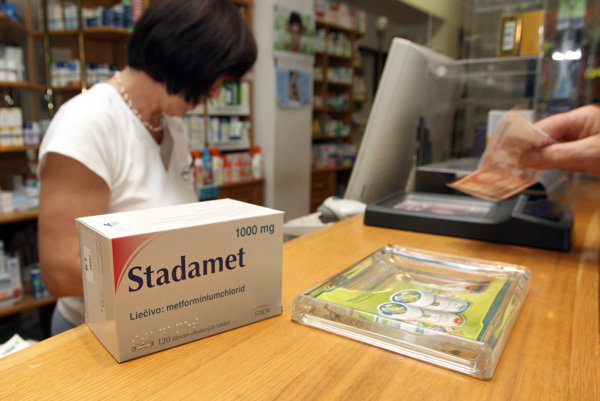 The public health insurance system reimburses dozens of medicines in Slovak pharmacies despite the suspicion that they are too expensive in relation to their effect on the patients’ health.

Today, all publicly paid preparations have to pass inter alia evaluation of cost utility, or the so-called quality adjusted life year (QALY), in their categorisation process. While the government’s analyses recalls 150 medicines categorised before the duty was introduced in December 2011, pharmacists have discovered about 50 further medicines categorised after 2011 which do not meet the criteria. That led them to express serious concerns regarding the work of the Categorisation Commission.

“We can point out an abuse of the power of public officials and severe disruption of trust in the whole system of price making of medicines,” Ondrej Sukeľ, head of the Slovak Chamber of Pharmacists (SLeK), told The Slovak Spectator.

QALY is a generic measure of disease burden that quantifies whether benefits of medicines to prolong the patient's life balance with the money which the health insurance companies pay to producers. The calculations apply to the additional costs of use, as compared to previous used medicine, and require they be equal or less than 35-times the average monthly salary for one year of standardized quality life.

Slovak health-care system has used the formula since late 2011 when then government introduced the Act on Scope and Conditions of Payment for Drugs, Medical Devices and Dietary Food.

While public health insurance reimburse medicines that cost more than €1 billion per year, a quarter of all the money spent on health care, experts emphasise that a system without QALY means lower efficiency and inflated costs.

There are at least 13 such medicines on the market without QALY scores, 11 of which the public insurance companies reimbursed in 2015, including Stribild used against HIV and preparations for the treatment of neurological, infectious and cardiovascular diseases, according to the website of the Health Ministry.

The Slovak Society for Pharmacoeconomics (SSFE) confirms there are cases when medicine was reimbursed without having a QALY calculation. SSFE’s chief Martin Višňanský claims the Expert Working Group on Pharmacoeconomics (OPSFE) prepared several biased expert reports in 2012-2015.

“There were cases when the submitted pharmacoeconomic analysis was methodologically incorrect and still [the drug] got a positive OPSFE expertise,” Višňanský told The Slovak Spectator, adding that there were also vice-versa cases when several analyses were prepared in high standard and their outcome was negative.

Višňanský's view however is not completely unbiased since he is also an owner of several companies who have had medicines registered.

Experts also pointed to weak transparency in OPSFE in 2013-2015. The report, prepared by analysts Barbora Tholtová and Gabriel Šípoš, of Transparency International Slovensko (TIS), reproaches mainly the lack of information about OPSFE members and their conflicts of interest and decisions.

TIS analysts see the potential for increasing transparency in decision making also in other advisory authorities, mainly in implementing an open selection procedure and widening the obligation to publish information about the members including their personal declaration of conflict of interest.

“The whole categorisation process became more transparent thanks to permanent disclosure of e-documents,” wrote TIS analysts in the report.

In terms of categorisation applications, producers of medicines replaced the cost on QALY with either a different rating, like percentage of responses to treatment, or did not submit the parameter at all. Thus, the Health Ministry has not had a chance to decide on the classification, opined Angelika Szalayová, senior analyst with the health-care think tank Health Policy Institute (HPI).

“On the one hand, legislation allows submitting the application with three kinds of pharmacoeconomic analysis on the other hand, it describes a procedure under which the health ministry categorises only medicines complying with the cost bound on QALY," Salayová told the TASR newswire, 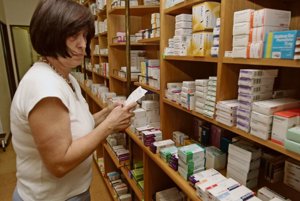 Višňanský pointed out that the law explicitly defines an exception in medicines for treatment of rare diseases although the definition of prevalence is not in accordance with the standards of the European Union.

“We can also muse on introduction of other parameters, for example upper limit of impact on the budget,” Višňanský said.

In addition, the costs of QALY have recently been subject of criticism in international expert circles, "mainly due to their rigidness in the various aspects of assessment of health care technologies", he said.

Total evaluation consists of three types of pharmacoeconomic analyses. Besides QALY, it includes analysis of minimising costs in respect of the same clinical outcomes and analysis of cost-efficiency which the authority uses in cases of different efficiency betwee two medicines, said Health Ministry spokeswoman Stanislava Luptáková.

“The type of pharmacoeconomic analysis depends on rate of improvement of health in relation to different therapeutic procedures,” Luptáková told The Slovak Spectator, adding that the applicant justifies choice of analysis in accompanying documents.

As of September 2016, the ministry withdrew Rastislav Pullmann from the chief position of the Categorisation Commission, although it gave no reason.

Before the duty on the ministry, Pullman owned distribution company Pharmassist, now called Prephare, which sales were continuously growing from 2012 (more than €1 million) to 2015 when they reached a value of almost €6 million, the Sme daily reported.

Marián Jánoš, financial analyst and associate of the Stop the Corruption Foundation, opined for Sme that also Pharmassist’s accounting from 2015 shows indication of the relationship as the 26th page of the notes to the financial statement declares loan of €72,000 from Pullmann.

Government experts in drug policy who used to work in the pharmaceutical industry are more at risk of a conflict of interest, explained Dušan Zachar, analyst of the Institute for Economic and Social Reforms (INEKO) think tank.

“Pullmann’s resume ignores the fact that he was owner of the company which is also active in the process of categorisation and distribution of medicinal products,” Zachar told Sme.

At present, the Health Ministry verifies the correctness of the processess and procedures of advisory authorities in the categorisation and organises expert meetings for each medicine.

An explanation to the situation would provide competent persons including members of OPSFE and the Categorisation Commission who voted for the classification of the medicine in the list, said Višňanský.

Sukeľ suggests more thorough verification and asking for independence of members of the Categorisation Commission, disclosure of complete documentation and personal responsibility for individual decisions.

The ministry established a working group in July which is tasked with identifying the need to amend the legislation also from the point of entry of innovative medicines into the system of categorisation.

“Many medicines in the categorisation process bring in some degree of therapeutic innovation,” Luptáková said.

The future of the evaluation and assessment of medical innovation require also other domains for better understanding and quantification of innovation value in addition to QALY, said Višňanský.