Hundreds of planes from thirteen countries participated in the show, the most favourite being a B-52 bomber. 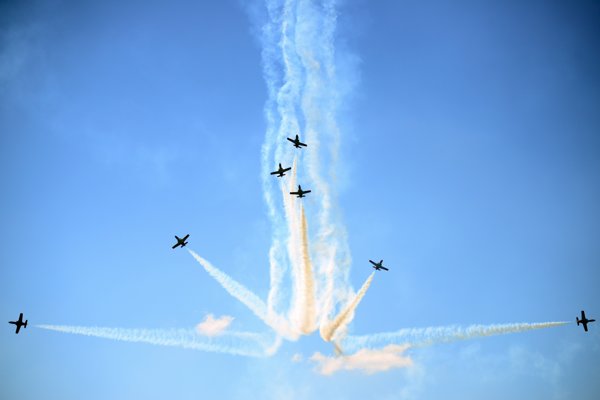 The Slovak International Air Fest (SIAF) 2016 in Sliač, which was held during the last August weekend, was visited almost by 115 000 people. A record number of visitors - 65 000 - came to the event on the Saturday.

Viewers and journalists alike favoured a giant B-52 bomber, which first flew in 1952. It was the biggest exhibit there was well.

The winner of the Best Display Smik Trophy 2016, the best air show of SIAF, was chosen by a professional jury who decided on the seven-member acrobatic group, Patrulla Águila from Spain.

During the sixth year of the two- day event a rich program was prepared, including hundreds of airplanes from thirteen countries of Europe and NATO, as reported by the SITA newswire.

People also admired the Russian fighter SU-27, both in the air and on the ground, which was flown by Ukrainian pilots. 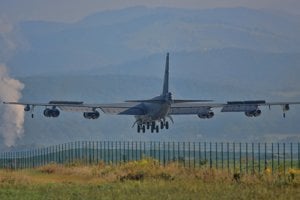 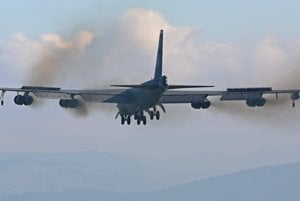 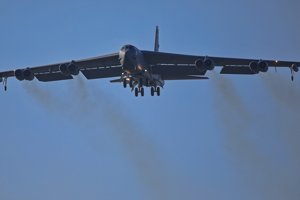 "A celebration of the sixth year of SIAF had extremely favorable weather and visitors broke the record on Saturday," Hubert Štoksa, president of the event told to SITA, adding that “we made SIAF more modern for everyone and the program was so varied that we had to extend its original timescale.”

New this year were a mobile interactive app, barrier-free access up to the cockpit of a fighter, aerosalon and nearly hundreds of a planes in the air and also on the ground as a result of perfect cooperation with partners, organizing team and admirable pilots of this year's participants, according to Štoksa.

“I believe that SIAF 2016 pleased the soul of every aviation enthusiast of every age and it was a great finish to the summer holidays,” he stated for SITA.

Among new events of this year's airshow was also a photography competition by viewers. Every visitor who took away moments from SIAF 2016 in photographs can win a digital camera and other prizes, all that is needed is to send a photo from the event to fotosutaz@siaf.sk.

In addition, competitors may apply for the best photo by the number of likes on the Facebook profile of SIAF 2016 which will last until September 15, as reported by Tomáš Kika, a spokesperson of SIAF 2016, for SITA.