Although it seems like previous restoration work on the precious wall paintings of early-Gothic church in Čerín would have known everything about the paintings, thanks to technology new discoveries are still being made. 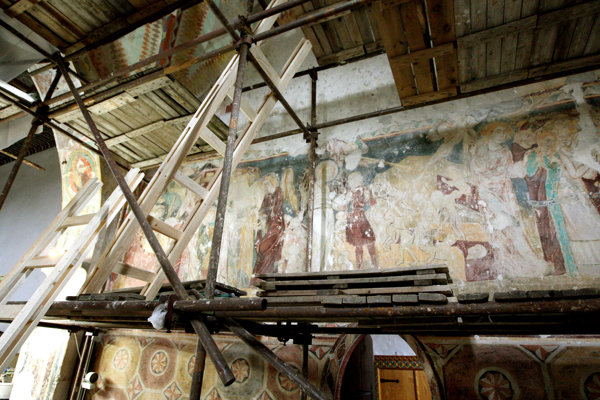 ​At the beginning of this year, a grant for the restoration of wall paintings was chosen via online voting. Nearly 45 000 voters supported rescuing the wall paintings from St Martin of Tours' Church in Čerín, Banská Bystrica Region.

The single nave early-Gothic church was decorated by wall paintings during the 14th and 15th century. The most significant of them is the Christological Cycle by the Master from Čerín, whose art carries Italian influences mixed with elements of Gothic beyond the Alps.

The paintings were originally restored at the beginning of the 20th century by J. Kern, shortly after the second World War and in later decades. Although the restoration research seemed to be extensive, new discoveries have recently been made, under the guidance of restorers Miroslav Slúka and Ján Sikoriak. 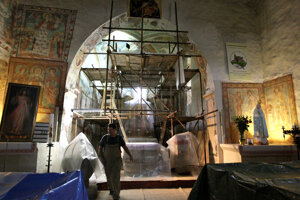 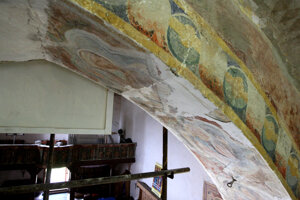 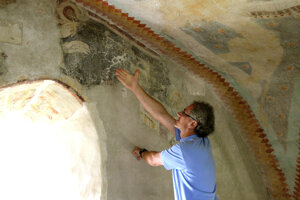 “As part of restoring the physical art, restoration research continues,” Miroslav Slúka informed the Nasabystrica.sme.sk website, adding that it was able to discover details not normally visible to the naked eye thanks to modern technological processes, for example, the use of forensic diagnostics

“For example with older plasters on the north wall it was assumed that the decline was caused by extensive damage to the paintings during the war,” Slúka told to Nasabystrica.sme.sk. However, it was shown that there is still preserved plaster from the beginning of the 14th century, which will be possible to present in the future, he added.

The wall paintings in Čerín are remarkable in many ways, according to the restorer. Of note are moulded stars on the ceiling, which are rare as a decoration. Also unusual is a layer which displays various prophets.

The frescoes from Čerín aren't significant only because of creative art and colors, but also because of a strong spiritual message. The christological motif shows the topic of the Last Judgment, Kingdom of Heaven, Hell, Crucifixion, Descent from the Cross, and Rising from the Grave.