Bratislava should be a great place to cycle around, and maybe one day it will be. But for now, there are still a few obstacles for the urban cyclist. 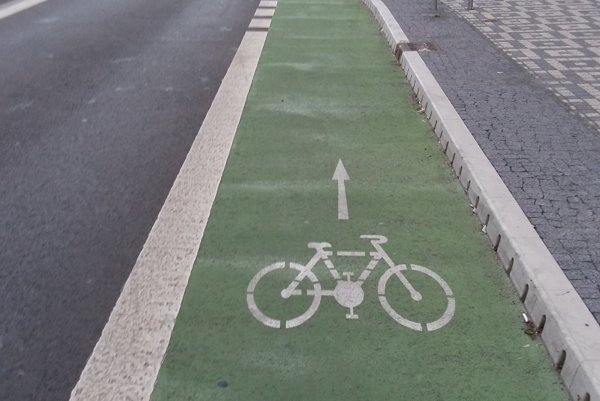 Bratislava should be a great place to cycle around, and maybe one day it will be. But for now, there are still a few obstacles for the urban cyclist.

As summer draws to a close, the consolation of autumn in the Small Carpathians lies ahead. A 10-minute trip on the number 203 trolley bus ride from the centre of Bratislava lands you at Koliba, on the edge of the forest, where from late September the trees change colours in a blaze of red, orange and yellow glory.

By bike, the same destination is a rather more strenuous 20-minute haul up the same hill, dodging the Range Rovers, Land Cruisers and assorted monster trucks which are the wheels of choice for residents of that district. But once you are on the forest paths, it is hard to imagine a nicer spot for a ride.

Unfortunately, the same cannot be said for the centre of town, despite sporadic efforts to improve things.

The Dutch ambassador, Richard van Rijssen, noted recently that while Slovakia has improved in terms of recreational cycling, it lags behind in the field of urban cycling in the cities. A glance at Mlynské Nivy and the other busy roads near to Bratislava’s main bus station, where the asphalt surface resembles a ploughed field, is enough to prove his point.

Now it is true that Bratislava council has introduced ‘cycle lanes’ over recent years. But like the boy racer who attempts to ‘badge-engineer’ his aging BMW merely by affixing an ‘M’ sticker, cosmetic changes will only get you so far. For most of these lanes that is not very far at all: in fact, it is typically the next major junction, at which point they disappear without trace.

Painting cycle lanes on otherwise rutted road surfaces at least has the virtue of being relatively cheap. It is rather more depressing when expensive roadbuilding schemes still take us no further forward.

The epic Štúrova Street project, a particular bugbear of this column, has lately introduced a spiffy new green cycle lane which tapers away for no obvious reason (apparently the space is needed for a flower bed), ejecting cyclists into the path of swerving motor traffic.

And I shall not linger on the pretzel-like junctions that cyclists are required to negotiate, while duelling with trams, at either end of the new Old Bridge (or whatever we are calling it).

The one consolation for these halting efforts is that they might at least make us eligible for an entry in the incomparable ‘Cycle Facility of the Month’ run by the Warrington Cycle Campaign. An online repository of urban planning idiocy, it is well worth a few minutes of your time, if only to see that other countries can – and do – stuff up even worse than us. And to show the city planners what to avoid in future.