Forgotten villa may be revived

Activists, city transit company would like to see it used for cultural events. 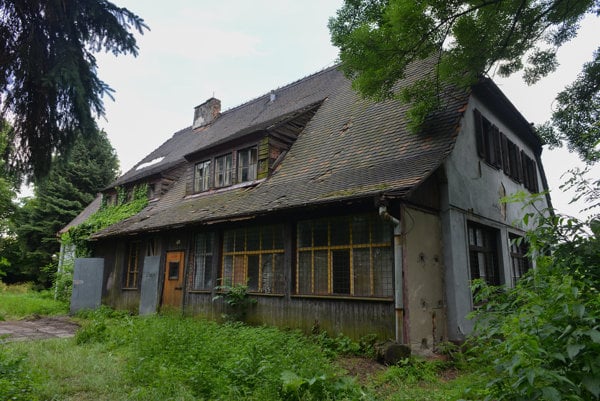 It is fascinating that during the era of Google maps and street views it is still possible to discover authentic places breathing with history. One of them is a historical garden in the Bratislava district of Nové Mesto with an abandoned villa built for a high-ranking German family during World War II, now drowned in greenery.

It was Ivor Švihran, an activist from the association M_P_BA (the Map of Nice Places and Good Things in Bratislava) and a tour guide around less traditional places in Bratislava and its surroundings, who re-discovered the villa for Bratislavans. He got to know about it only two years ago.

“At that time I was looking at Google maps for some photos from the depot Jurajov Dvor and I found a photo of some abandoned villa on the premises of the city transport company,” Švihran told The Slovak Spectator. “I was not able to understand at all where and why such a building would be there.” 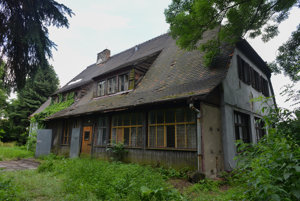 So he started to inquire. He went to walk the nearby street Pri Dvore, which he had avoided until then and gradually collected pieces of information to assemble a more or less complete picture about the history and purpose of the villa.

History of the villa

The farmstead known as Jurajov Dvor used to be on the same location until the early 19th century. It was among the biggest such places in the territory of today’s Bratislava. After 1873 Jurajov Dvor came into the ownership of the producer of dynamite in those days, the chemical company Dynamit Nobel, which used it for producing food for its canteen.

“Based on available information, the villa was built in 1942 according to a project by Carpathian-German architect Ernst Sporzon for a high-ranking German family,” said Švihran. “Thus there has been preserved an upper-standard residence from war times with a garden, which amidst the industrial outskirts should have created an idyll of secluded countryside.”