People had extra opportunity to swim in Danube in the capital. 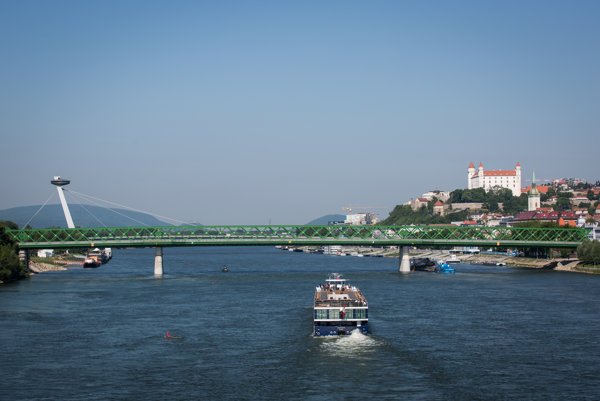 Water enthusiasts swam across the Danube River in Bratislava on Sunday, September 4, as part of an event called the Trans Danube Swim 2016. The event, which began on the Dvořákovo nábrežie embankment at 14:00, was aimed at pointing out that the river is the most precious thing that the Slovak capital contains and that it can provide an unforgettable experience. The third occasion of the event was again organised by traveler and travel agency owner Bubo Ľuboš Fellner.

As swimming the Danube is prohibited in Bratislava and swimmers can even be fined for doing so, the interest in the Trans Danube Swim was high. The limit of 500 places was booked out via the internet within a few hours, the Plus Jedeň Deň daily wrote.

“The Danube, the second longest river in Europe [after the Volga - ed. note], is not appreciated in the way it should be,” said the organisers. “Other major cities located on its course already know that the Danube River is a great treasure, giving city life a different meaning.”

However, neither Vienna nor Budapest organises swimming across Danube.

The river offers the best conditions at the moment: the water is warm, the water level is ideal and the sun is still shining intensely, they said.

Shipping transport was suspended for the event, and medical services, lifeguards and even divers were present just in case. The first Trans Danube Swim was organised by enthusiasts in 2014, when some 100 swimmers took part. As many as 400 people joined in last year.