Teachers plan to go on gradual strike next Tuesday

Teachers want higher salaries for themselves and also for others working in education as well as more money in the state budget. 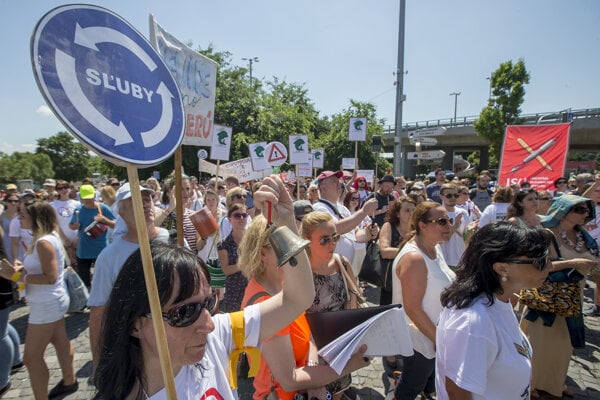 Teachers dissatisfied with their salaries and the overall situation in education will go on a gradual strike beginning on September 13. Slovak Teachers (ISU) representative Vladimír Crmoman announced this initiative on September 5, the first day of the school year 2016/2017. ISU pushed through requirements which caused more than 15,000 employees in the education sector to strike earlier this year.

In the beginning the new strike should not disrupt the education process in schools too much as only one lesson will be dropped. If the situation doesn’t change, two lessons will be dropped on September 21 and potentially three lessons as of September 29.

Teachers plan to continue  increasing the intensity of the strike as far as a total unlimited strike if the ISU do not reach an agreement with the government.

ISU has already registered teachers for the strike as they do not know what support they can count on.

“We were taking risks with all previous actions,” said Crmoman as cited by the TASR newswire. “We do not want the strike, but we are ready to engage in it. We hope that the government stops ignoring us.”

They consider the current growth pace of salaries as well as that planned in the programme statement as insufficient to make the occupation of teacher attractive.

Branislav Kočan of ISU does not consider the current scheme of remuneration for teachers as being in line with the economic status of the country. In terms of this indicator Slovakia has been lagging behind, not only the other V4 countries, i.e. Poland, Hungary and the Czech Republic but also most of eastern Europe. 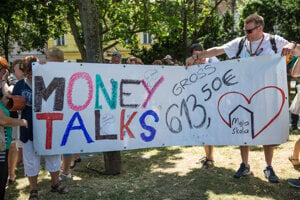 The dissatisfied teachers want to see the salaries of teachers and non-teaching staff at primary and secondary schools increased across the board by €140 per month this year and by another €90 per month as of 2017. In addition, the budget of the Education Ministry should be increased by €400 million.

Meanwhile, the Education Ministry points to the pledge in the current government’s programme statement introducing significant changes in education, including gradual salary increases by 6 percent as of September 1, 2016, January 1, 2018, 2019 and 2020. At the same time talks are underway with the Finance Ministry to increase the salaries of teachers by 6 percent also as of January 1, 2017.

“Their salaries would thereby increase by 40 percent by the end of the electoral term,” stated the ministry, adding that this is the highest guaranteed salary increase from among all groups in the public sector.