A unique bilingual, Slovak-Chinese study programme has been opened at the Mikuláš Kováč Secondary School (GMK) in Banská Bystrica. 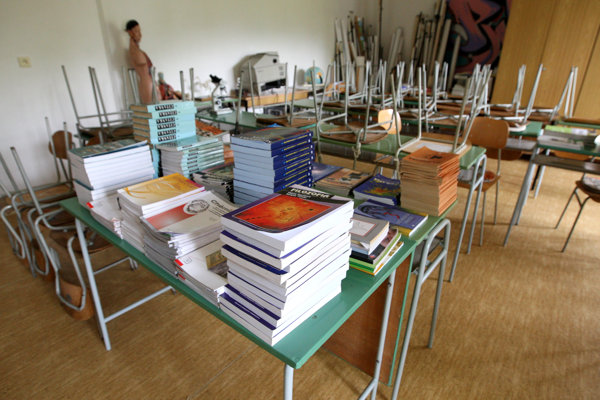 The opening of the new school year with a five-year Chinese-Slovak bilingual programme was attended by the Chinese Ambassador for Slovakia, Lin Lin, on September 5. The school, which has 13 years of experience with a Spanish-Slovak bilingual programme, is launching the Chinese programme alongside the Spanish programme, in the form of experimental verification approved by the Education Ministry. This is the first time that such a programme has been introduced in Slovakia.

Asked about how he sees the opening of the programme, Lin Lin told the TASR newswire that at secondary school level, such a project is unique not only in Slovakia but also in central and eastern Europe. Therefore, it has special significance as a young experimental project.

“From our side, we will certainly support it, Lin Lin said. “We’re at the beginning and surely we’ll experience some unforeseen difficulties and problems but I firmly believe that with mutual cooperation and hard work we’ll overcome them. “If the project at this school is successful, we’ll be glad to include some other schools in the programme.”

The school is opening one class with 30 students, GMK head-mistress Alena Paulová told TASR. In the first year, students will focus on intensive instruction in the Chinese language, Mandarin – with 20 hours a week. Moreover, they will be regularly tested and evaluated on their progress in this language by professors and the headmaster from the Confucius Institute.

Parallel to instruction in Mandarin, subjects will also be taught in Slovak which will enable students to functionally connect the expert terminology necessary for continued study at universities and colleges. Paulová also added for the Sme daily that the advantage of this experiment is that the school can flexibly adapt curricula. The number of teachers should stabilise at four.