Tourist Board: More tourists are coming to Slovakia

The number of tourists in Slovakia is rising, according to the Slovak Tourist Board (SACR). 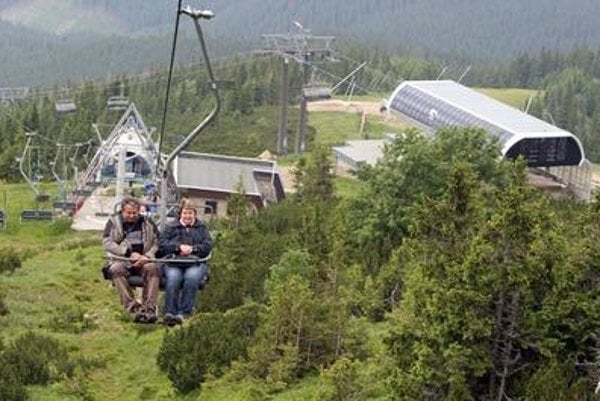 In the first half of 2016, nearly 2.3 million visitors used accommodation services in Slovakia, which compared to the same period of last year, is 18.9 percent more. SACR informed that, according to the data of the Slovak Statistics Office (ŠÚ), both the number of domestic and foreign tourists increased. Year-on-year, the number of domestic visitors went up by 223,453, or 19.2 percent; while there were 136,133 more foreign tourists, an increase of 18.5 percent.

Economic analyst Jozef Orgonáš ascribes – as quoted by the Hospodárske noviny daily – the growth to improved services in Slovakia. Also the unfavourable security situation in sea resorts and good weather are further factors that contributed to better figures.

“These results have been impacted by several factors,  for example the better quality and competitiveness of products offered, geo-political development in Europe, and the higher recognition of the brand Slovakia obtained through organising important international events, such as the Downhill skiing World Cup in Jasná, The European Figure Skating Championship in Bratislava, or  last but not least, the Slovak presidency in the Council of the EU,” CEO of SACR Igor Donoval said, as quoted by the SITA newswire.

A bit of statistics

The number of overnight stays for H1 increased y-o-y by 17.2 percent, which is more than 6 million stays; of which almost 4 million were domestic visitors. Most foreign guests came from the Czech Republic – 246,658, Poland – 91,143, Germany – 79,798, Hungary – 45,208 and Austria – 41,043, according to SACR. The tourist board also recorded positive development from the point of view of secondary markets which represent a high potential for the future. The most progressive growth has been recorded in the number of visitors from Spain (+55.5 percent), China (+41.5 percent) and Israel (+40.4 percent), the TASR newswire wrote.

“The current development of the visitor rate, as well as the still growing interest in information concerning the offer of tourism reveal that the summer season of 2016 will be among the best in Slovakia’s history,” Donoval told SITA. The growth in the visitor rate to the tourism website www.slovakia.travel (15.4 percent) confirms this trend.