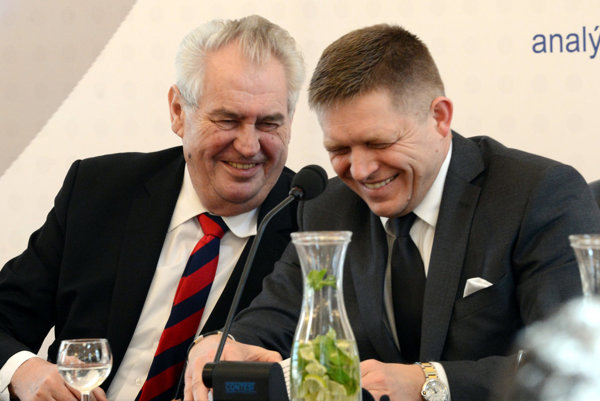 Speaking in the Hague on September 5 Hussein, who is also Muslim, said that he was angry about "Mr Wilders’s lies and half-truths, manipulations and peddling of fear”.

What Wilders shares with Trump, Orban, Zeman, Fico and others, "he also shares with Da’esh".

"All seek in varying degrees to recover a past, halcyon and so pure in form, where sunlit fields are settled by peoples united by ethnicity or religion – living peacefully in isolation, pilots of their fate, free of crime, foreign influence and war," Hussein said.

Hussein only mentioned Fico in his critical speech which was mainly directed against Wilders, who recently published his election programme containing a promise to close all the mosques in the country, among others.

"Ultimately, it is the law that will safeguard our societies – human rights law, binding law which is the distillation of human experience, of generations of human suffering, the screams of the victims of past crimes and hate," Hussein said.