Slovaks would be the first to suffer without the EU

Brussels should have more patience with Central Europe, as it is the first time the region has had to deal with incoming refugees, says Globsec analyst Jakub Wisniewski. 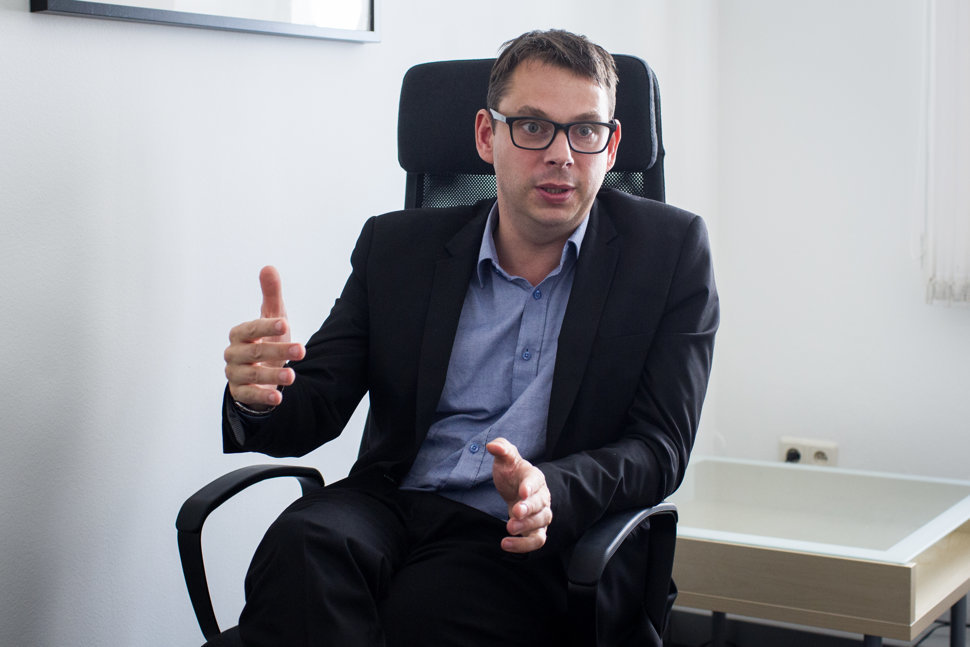 There is a lot going on in Central Europe. A constitutional crisis in Poland, criticism from Brussels, rejection of refugees, a lawsuit against the European Commission from Hungary and Slovakia… Is Central Europe going the same way as the rest of the EU?

is former Polish ambassador at the OSCE. He also worked at the Polish Foreign Affairs Ministry. He was recently appointed the new director of the Bratislava-based think tank Globsec Policy Institute.

JW: Some trends are common. All of Europe has a problem. Populist parties get stronger, there are politicians who are ready to exploit the worries of ordinary citizens. The economic crisis has taken a toll which has not been resolved yet. Inequality is on the rise, the middle class is being squeezed out, productivity is not growing fast enough. There is something happening to global capitalism that creates waves in European societies in terms of political trends. At the same time Central Europe has an image problem, causing our problems always look bigger and more serious to outsiders. Whatever happens here, whatever populist party we have, when some nasty or stupid voice comes from Central Europe, it reinforces a certain stereotype of us. If opposition parties in the Netherlands or in Denmark misbehave, it does not  get such visibility in the world media, unlike with central European governments. That’s why a lot of criticism of Central Europe is not fair, as the problems are everywhere.

But there are ways in which we are indeed different. Central Europe still has not fully recovered from real socialism in terms of work ethic, in terms of levels of corruption or efficiency of public administration. It’s kind of normal that some of these problems are more profound here than elsewhere, because our democratic institutions have only been functioning for 25 years.

Do you think Central Europe have some kind of aim to stand against Brussels? Do they want to be stronger together?

JW: It’s natural that Central Europe sticks together. We have similar past, culture, our path to NATO or the EU was similar. There is nothing wrong with coordinating common position to make the Visegrad countries stronger. But I would not build a negative position, we shouldn’t be always associated with a common  ‘no’ communicated to our Western partners. We should come up with constructive solutions, we are part of the whole project. We have made a great success in Europe. Today Europe is split over Brexit and I think voice from Central Europe should be heard.