Slovakia is fourth worst in collection of VAT in EU

Only Romania, Lithuania and Malta are worse in collecting VAT than Slovakia. 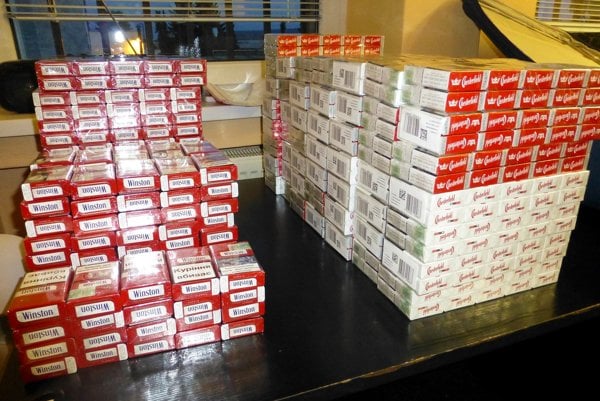 EU member countries failed to collect as much as €159.5 billion in value added tax (VAT) in 2014. The European Commission released the data in early September. Slovakia is among the four countries with the worst results.

“Research shows that the overall difference between the expected VAT revenue and the amount actually collected, the so-called VAT Gap, amounted once again to an unacceptably high yearly figure,” the EC wrote in its press release.

The VAT Gap rate ranged from a high of 37.9 percent for uncollected VAT in Romania to a low of only 1.2 percent in Sweden. In absolute terms, the highest VAT Gap of €36.9 billion was recorded in Italy while Luxembourg had the lowest of €147 million.

Compared to 2013, the 2014 VAT GAP has decreased by €2.5 billion but individual performances of member states still vary enormously when it comes to VAT compliance. Some 18 member states showed an improvement in their figures, while eight member states failed to collect more VAT revenues than the year before.

The VAT Gap in Slovakia remained on a downward trend in 2014, the EC writes in its report. With a 3.2 percent growth rate of final consumption, the VAT Gap fell by 2 percentage points, down to 29.9 percent.

“No substantial changes were made to the VAT regime, however, measures to improve VAT compliance were introduced in 2014,” the report reads. “Among others, Slovakia’s 2014 tax reforms included a wider introduction of cash registers. Furthermore, starting from the fourth quarter of 2013, the government launched the VAT receipt lottery.”

The basic VAT rate in Slovakia is 20 percent. The reduced rate on selected food, medicines and so on is 10 percent.

The findings of the EC analysis support recent calls by the Commission to overhaul the EU’s VAT system to tackle fraud and make it more efficient.

“Our member states are losing tens of billions of euros in uncollected VAT revenue,” said Pierre Moscovici, Commissioner for Economic and Financial Affairs, Taxation and Customs as cited in the press release. “This is unacceptable. The current regime is woefully ill-equipped to deal with the problems of VAT fraud and miscalculations, and it’s clear that the numbers will not get better by themselves.”

Member states must now quickly agree on a definitive fraud-proof EU VAT system, as laid out by the EC earlier this year, he added.

“I therefore urge all of our member states to have a frank and meaningful discussion in order to feed into next year’s proposals, so we can tackle this issue once and for all,” said Moscovici.