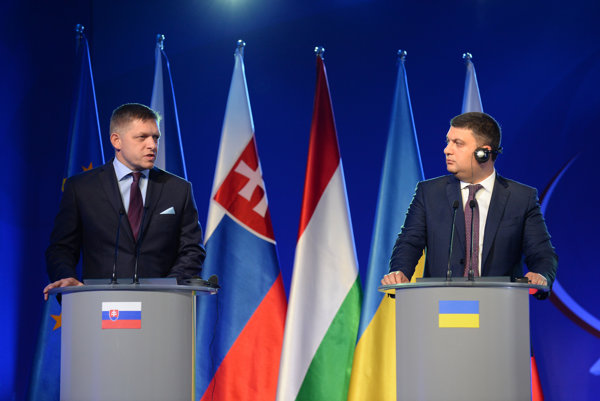 The decision was made during an Economic Forum in Krynica, Poland, which was also attended by Ukrainian Prime Minister Volodymyr Groysman.

“Slovakia has always been open and will continue opening the door to our friends in the Ukraine,” Slovak Prime Minister Robert Fico said, as quoted by the TASR newswire. He also praised the meeting as a unique opportunity for the V4 to debate several key issues with the head of the Ukrainian government. “I’m looking forward to seeing good relations between both the prime ministers and governments of Slovakia and the Ukraine.”

Today’s stance adopted by the V4 premiers following the meeting with the Ukrainian prime minister reflects all the necessary priorities and challenges, Fio added. "Most of all, there is clear support for Ukraine’s integration ambitions," he stressed, while speaking also about a proposal that the  Ukrainian people should be able to enjoy visa liberalisation as soon as possible.

Slovakia is also interested in continuing energy cooperation with the Ukraine. “I believe that if any new energy projects are carried out, transit of gas through Ukraine and Slovakia will be preserved,” the Slovak PM said in an obvious reference to the planned Nord Stream 2 gas pipeline project, which is set to bypass both Ukraine and Slovakia.

The V4 prime ministers also debated a joint attitude towards the informal EU summit in Bratislava scheduled for September 16. According to Fico, European leaders must be able to diagnose the EU’s current state of health and at least propose the medications that need to be prescribed.