"We feel the threat to our identity, culture and religion,” said also Slovak Prime Minister Robert Fico at the economic forum in Krynica, Poland. 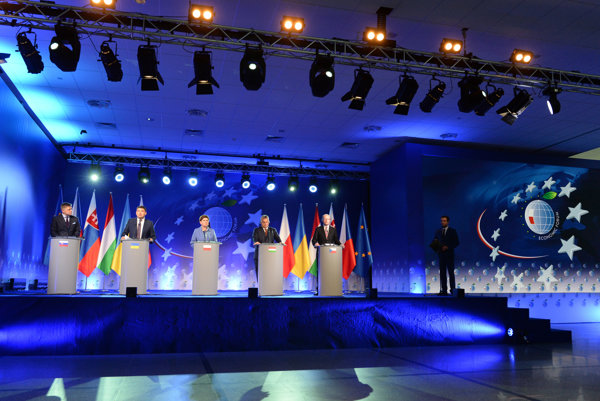 The last fortress protecting the European Union from influx of people with a different culture. The fortress which protects European culture and prevents it form being changed beyond recognition. And in this fight, it stands also against several big countries which want to destroy the culture of smaller nations. This is how Hungarian Prime Minister Viktor Orbán sees his country – and his cabinet.

"We come from a Christian culture, and thus we cannot have hearts of stone,” he said at the economic forum in Polish town of Krynica where he debated with other premiers of the Visegrad Group (Czech Republic, Poland, Slovakia and Hungary) and Ukraine. “We feel compassion but at the same time, we feel threatened by migration and migrants.”

It is nor refugees leave behind

It was Orbán who became – a year ago – the target of criticism when under the pressure of incoming refugees, he built fences on his country’s borders. Now he rejects the notion that war  is behind the arrival of these people – most of whom flee Syria.

"The reason is that Europe is weak, and it secures a good life,” he stated. This is the worst combination possible, Orbán  added. "Thus, also people in poorer countries desire this kind of life. We must require order; it this does not happen, we well lose everything which we have worked on in recent years.” He also noted that if thousands of people want to cross the border simultaneously, "we cannot plant flowers for them there, and distribute cuddly toys”.

Other premiers, too, spoke about Christian values.

"We feel the threat to our identity, culture and religion,” said Slovak Prime Minister Robert Fico – who was once a member of the communist party.