Underground and backstage premises of historical palaces and museums that are not ordinarily accessible to the public are open in Zvolen (Banská Bystrica region) between September 3 and 11. 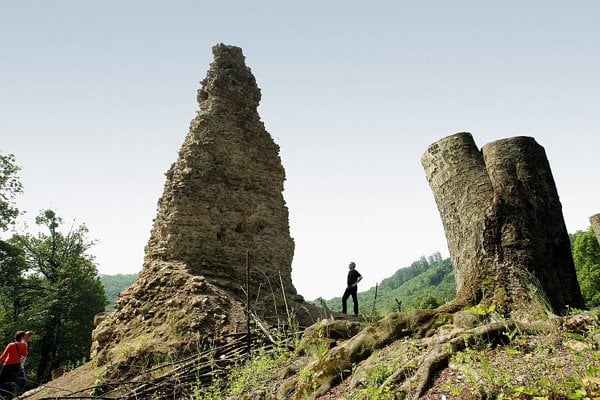 The event is part of European Heritage Days, organised by the Council of Europe and the European Commission in 50 countries. “Modern sites that aren’t included on the list of national cultural monuments have also joined the project, such as the University of Zvolen,” the Culture Ministry’s Monument Protection Department director Zuzana Ondrejková told the TASR. “Of course, there’s also Zvolen Castle and Pustý Hrad / Deserted Castle as the most attractive features for tourists [in Zvolen]. Nevertheless, it’s quite a different thing to get an expert guide for the visit. Gothic churches in villages around Zvolen will also be accessible, along with many other sites.”

The Slovak National Museum (SNM) is preparing a major exhibition of Slovak Gothic treasures in Rome later this month that includes selected works of the famous 15-16th century artist Master Paul of Levoča. The exhibition at the Palazzo del Quirinale, the residence of Italian presidents, should be opened by the presidents of Italy and Slovakia, Sergio Mattarella and Andrej Kiska, respectively, on September 29.

These works of Master Paul, the most prominent figure of late Gothic art in Slovakia, are leaving Slovakia for only the second time ever. They have been lent for this purpose by their owners – Roman Catholic parishes in the traditional region of Spiš (located now in both the Košice and Prešov regions), including Levoca, Spišská Belá, Spišská Kapitula and Spišské Vlachy, as well as the Šariš Museum in Bardejov (in the Prešov region).

Apart from sculptural pieces, entire 16th century altar wing panels from Rožňava (Košice region) and Lipany (Prešov region) have also been provided for the exhibition. A total of 35 unique items will be featured at the Palazzo del Quirinale. This includes rare items of liturgical use – chalices, crosses and monstrances – as well as precious priestly robes from various parishes in Slovakia.

“It’s going to take place during our Presidency of the Council of the European Union,” the outgoing SNM general director Viktor Jasaň told TASR. “We haven’t had such a major Gothic exposition abroad so far, and I believe that we’ll stage a rerun at Bratislava Castle in 2017,” he summed up.