After the Bratislava city councillors did not approve the sale and rental of plots to the National Highway Company (NDS) under the capital’s ring-road, the latter continues to expropriate them. 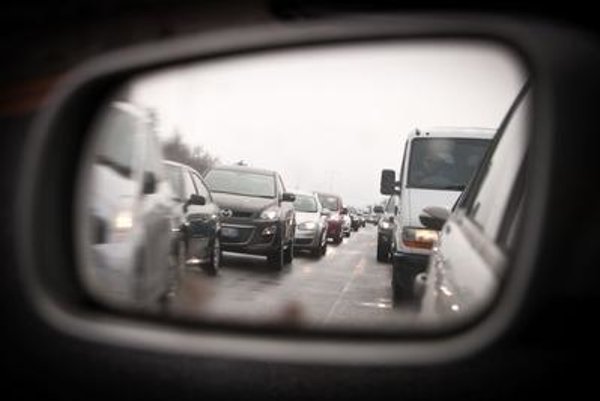 The bypass should improve the road infrastructure of the capital. (Source: Sme)
Font size:A-|A+0

“The National Highway Company continues to expropriate the plots and does all it can to stick to deadlines,” NDS spokeswoman Michaela Michalová stressed for the TASR newswire on September 7.

The Bratislava ring-road, will be built as a public-private-partnership project (PPP project). It should comprise of parts of the D4 highway and the R7 dual carriageway. The whole project – to be constructed by a consortium led by the Spanish Cintra company – will cost the state €1.76 billion over 30 years and taking inflation into consideration. The contract was signed in May and the construction itself should start at the beginning of next year.

Some Bratislava councillors on September 6, expressed their disapproval of the sale and rental of the plots by reason that the draft resolution filed was not lawful and that by approving it they would violate the laws of Bratislava, as well as the status of the capital. They consider it correct to vote only on the plots owned by the capital which have not been entrusted to the individual boroughs of the city. Vajnory mayor Ján Mrva said, as quoted by TASR, that Bratislava could have made this “lege artis”, and that the land entrusted to the administration of the city boroughs could have been sold to NDS by the boroughs themselves.

Bratislava mayor Ivo Nesrovnal is of the opinion though, that the necessary material was filed correctly and was professionally prepared, with the aid of the boroughs themselves. Those self-administered boroughs such as Jarovce, which showed interest had sold their plots independently. Thus, he deems the documents to comply with the law.

MP Martin Chren thinks that the failure of the city councils to support the project may cause delays in construction.