Slovakia too lives on ecological debt

Automotive and supporting industries classify Slovakia among the most energy intensive countries in the EU, experts say. 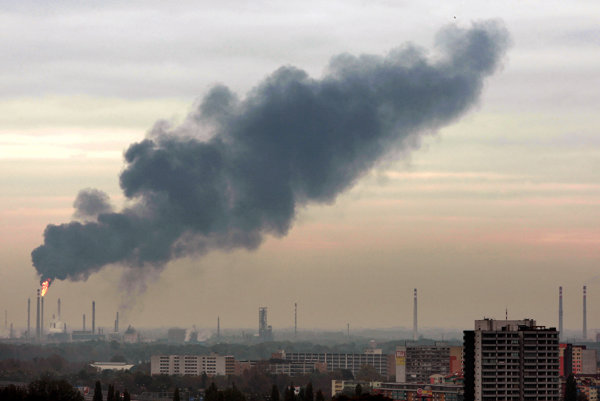 In August 2016, humans reached the critical point in the year up until which they could exploit natural resources from the Earth without any damage. From that point, we live with a so-called ecological debt that leads to major climate change for our planet.

Slovakia too contributes to this situation. It is among the industrially developed countries that use more resources than the planet can replace and has already sensed the impact of the ecological debt on climate change. Ecosystems in the High Tatras are having to cope with higher temperatures and invasive plants and animals, according to environmental activists from Greenpeace Slovakia.

We owe the Earth

Every year, this critical point occurs earlier, the Global Footprint Network organisation that measures the ecoolgical debt, stated that this is due to excessive greenhouse emissions and the consumption of energy and fossil resources. While in the 1970s the day when people exhausted all the renewable resources for that year occurred only a few days before the end of the year, in 1980 it moved to November 3, and in 2005 we lived in ecological debt from September 3.

Alexander Ač, climatologist at the Global Change Research Institute of the Czech Academy of Sciences, notes that mankind's ecological footprint should be viewed as a conservative concept as renewable fossil resources are exhausted within a few hours, or days at most.

“Not even 100 planets would be enough for us in this regard,” Ač told The Slovak Spectator.