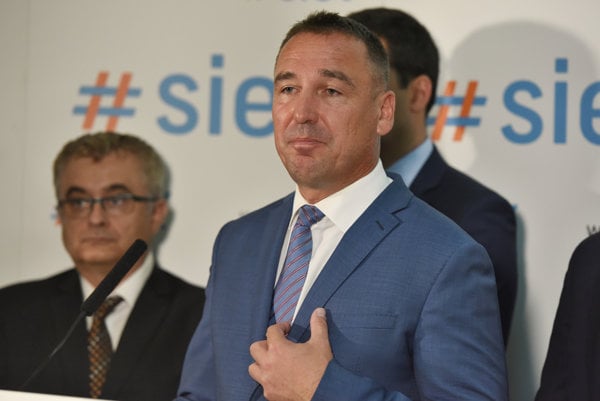 Roman Brecely, former transport minister and current chairman of the Sieť party, is currently debating with the Ministry of Foreign Affairs about the possibility of his becoming the Ambassador of Slovakia to Ireland in 2017, the Denník N daily reported.

At first, Brecely did not hide that the first question from Denník N about the debate amused him, but later he admitted that some talks have taken place between him and the ministry.

“Nothing is confirmed, we did not shake hands,” Brecely told Denník N.

Brecely explained that the possibility of his taking up the post is hypothetical at this time as he does not wish to leave the country and does not know whether the he would be happy in the job. The ministry did not want to comment on such speculation, Denník N wrote.

Brecely became chairman of the Sieť party on August 13 after Radoslav Procházka resigned from the post, which led to the resignation of five critical members from the party. When Sieť fell to pieces, it had to leave the coalition and Brecely was removed by the authorities from the transport minister’s chair.

The party has currently only two MPs, Procházka, who is running for the post of additional judge at the European Union General Court and Alena Bašistová. At the last coalition council meeting Brecely said that Sieť wants to unite with some of the ruling parties.