Slovakia has three golds, one silver

Rifle shooter Veronika Vadovičová won the first Rio paralympic medal for Slovakia on the first day of the games. Two more golds and one silver medal were added by September 12. 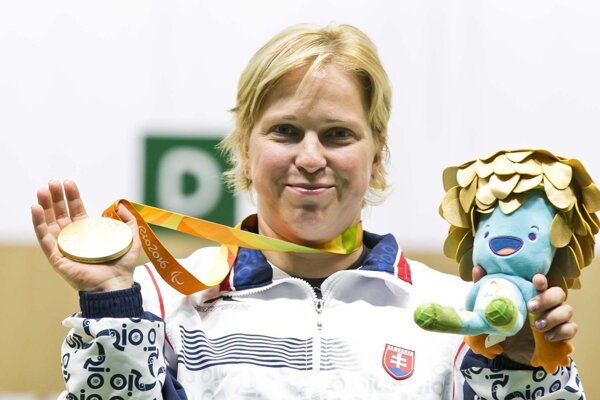 Vadovičová secured one of the first gold medals of the Games after an exhilarating R2 (women’s 10m air rifle standing SH1) final, with Chinese pair Cuiping Zhang and Yaping Yan rounding out the podium with second and third places respectively, the  paralympic.org portal reported. 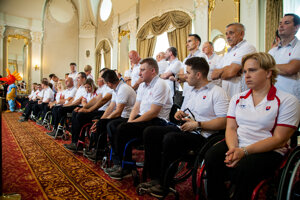 Vadovičová also achieved the best shooting results in the final of the history of the paralympics, with 207.8, the Sme daily wrote.

"Until now I would always win the qualification and Zhang the finals," Vadovičová said as quoted by the SITA newswire."I am happy that things turned around in the right moment."

"During the finals I was reconciled to the fact that I could not make it against Zhang," Vadovičová said and admitted that after the initial rounds she did not even hope for a medal. "Then I changed my position, turned a little, and it started going well."

Vadovičová was born with a schistorrhachis, a vertebral malformation and as a child she was paralysed from the knees down. Now 33 years old, she is able to walk short distances but generally uses a wheelchair to move. She had experience with the rifle in her childhood when her two older brothers would shoot in the garden and would let her have a go too, Sme writes. She started training in Vištuk in 1998 and two years later she attended her first paralympics, in Sydney. She won her first medal in 2008 in Beijing - a gold.

Veronika Vadovičová won one more gold medal on September 10 when she beat her rivals – including German Natascha Hiltrop – in a combined discipline air rifle 60 in the lying position. In the same competition, another Slovak athlete  Radoslav Melenovský ended fourth, SITA wrote.

Slovak cyclist Jozef Metelka also triumphed at the Paralympics in Rio: first, he won silver in the 1 kilometre race with fixed start on September 8, the day of his 30th birthday. Two days later, he triumphed in the pursuit race over 4 kilometres, beating Australian Kyle Bridgwood in the finals. Even in the qualification round, he made a new Paralympic record with a time of 4:29,112 min.

“It worked out,” Metelka rejoiced, making funny tricks and dancing with his bike. “I am very glad, the expectations I had with my coach were fulfilled. I fulfilled the set plan. As I said repeatedly – heaven is the only limit. I am very happy, I could ride for four more kilometres right now,” Metelka said, as quoted by TASR. He added he had enjoyed the race and hopes to add two more good results in the road races. One day, he would like to compete with cyclists who have no handicap, he told the newswire.

Another medal is expected on September 12 from Slovak boccia team – Michaela Balcová, Samuel Andrejík and Róbert Ďurkovič – who made it to the finals in BC4 and who will bring home either silver or gold, SITA wrote.

On the other hand, Rio 2016 is the first time when the Slovak ping-pong Paralympic team has not won a medal.

Disclaimer: In the original title of the story we wrongly stated that Slovakia won two golds and two silvers at the 2016 Paralympic Games in Rio, instead of three golds and one silver. We apologise for any inconveniences this might have caused.