Konvergencie 2016: between Shostakovich and Floyd

The music festival Konvergencie, is known for some of the finest selections of chamber music on one hand, while also presenting cross-over concerts and performances. 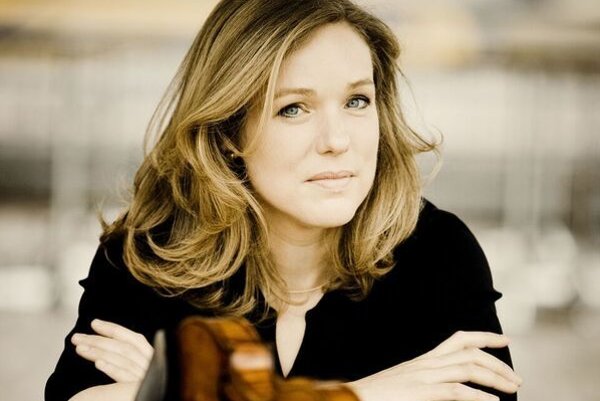 This year it will take place between September 18 and 25 at various venues in Bratislava.

Jozef Lupták speaking to The Slovak Spectator said: “The finale of this year’s festival will be two Shostakovich concerts.” The founder, organiser and musician  stressed that they will take place on the very anniversary of the Russian composer, September 25. “I am personally very happy about it, as this is a kind of thematic conclusion for this year when we have focused on him in more detail.”

Lupták revealed that apart from three sonatas by this composer, there will also be a reading from a new book about Shostakovich by Julian Barnes, recently translated into Slovak and to be recited by Slovak actor Robert Roth. The very final piece will be this composer’s Eighth Quartet “which we previously performed in February but it seems like an apt piece – it is the message of his life“, said the organiser. He added that despite the repetition, it seemed to be a good idea as this work is one of Shostakovich’s most famous, returning to themes from many of his compositions and is a sort of retrospection.[The British Brodsky Quartet (with Slovak cellist Jozef Lupták and violinist Milan Paľa) performed all Shostakovich’s quartets at four concerts for a special Konvergencie, beginning in February.] 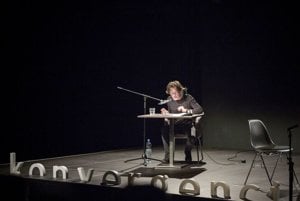 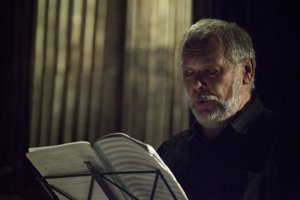 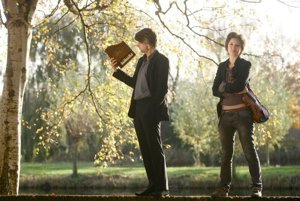 Another performance during the festival will be on the eve of Shostakovich’s birthday, Saturday September 24. Lupták  is calling it “the Bratislava night of chamber music” and it will feature a performance of Shostakovich’s Anti-formalistic Rayok – in concert version, with Slovak singer Peter Mikuláš performing all the five male voices. Other musicians performimg on this evening are British violinist Daniel Rowland and Ukrainian pianist Natasha Kudritska, playing the works of French composers (Debussy, Ravel, Poulenc, Antheil), as well as pieces by George Gershwin, Jascha Heifetz and Astor Piazzolla, within Les Années Folles. The connecting piece will be by Russian-born composer Jevgenij Iršai whose cycle of songs composed to poems by Slovak Ivan Krasko will be premiered.

The opening concert, Erscheinung, takes its title from rarely played pieces by Wolfgagn Rihm. Both these and Schubert’s Octet in F Major will be performed by Dutch violinist Isabelle van Keulen who will play with Slovak pianist Nora Skuta and some other soloists. Other concerts of typical chamber music include Gringolts Quartet with music connected to Vienna and van Keulen returns to the stage on September 20 when she will play the Tango Plus programme with The Isabelle van Keulen Ensemble.

The Inventio concert of Italian Marco Ambrosini – on nyckelharp – and French accordionist Jena-Luis Matinier is another example of a cross-over, Lupták said. It combines Baroque and jazz music and also presents a unique instrument combination.

The tradition of rock concerts is continued this year with a project that has  already been partially presented at the Tribute to Freedom concert at Devín – Atom Heart Mother by Pink Floyd. This time round, it will be performed (on September 21) by the Slovak rock band Talent Transport (who will also play  support at the opening of the concert) a wind section of 10, the  Lúčnica ensemble folk choir, a solo guitar and solo cello. This project has already proven to be attractive to audiences, Lupták noted.

Apart from the book reading, other accompanying events will include  screenings of documentaries about Slovak composers and a photo-exhibition from the February Konvergencie. 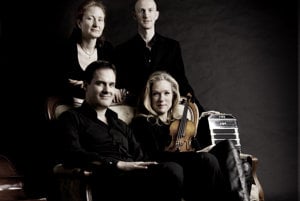 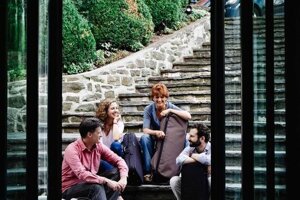 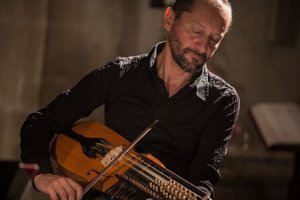