Slovak Press Photo has a winner

The winning picture depicts a group of Pygmean children in south Burundi who survive only thanks to food provided under a Slovak nutrition programme. 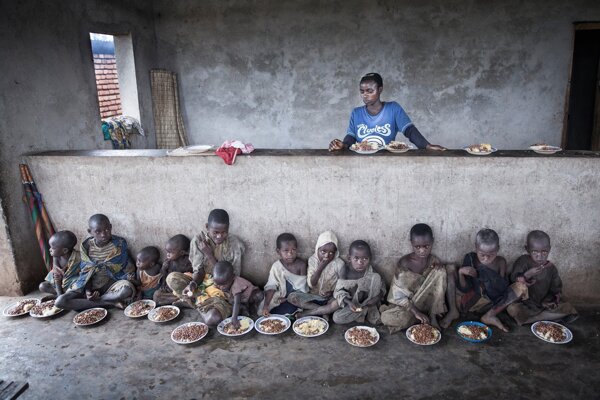 The jury awarded photographer, film director and cameraman Ivan Holub with the main prize at the fifth year of the Slovak Press Photo competition.

The single picture titled “Dinner”, competing in the Daily Life category, depicts a group of Pygmean children in south Burundi who survive only thanks to food provided once a day under a Slovak nutrition programme. The children are waiting silently until they get their portion of the meal. This silence continues also while eating. The picture was shot during the production of a video documentary, the organisers of the contest wrote in the press release.

The jury members appreciated the quality of students’ works and reportages, while the News category needs to improve significantly, they claimed.

All contest winners will be announced at the official awarding ceremony on October 19 held in the Primate’s Palace in Bratislava. The event will be accompanied by the opening of the winning photos exhibition.