One-third of new judges have close ties in judiciary

The report also shows that most of the newly appointed judges are people in their thirties and that women dominate. 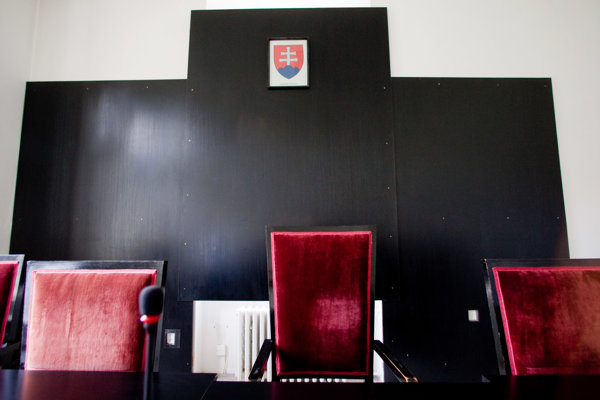 As many as one in three of newly appointed judges in Slovakia has someone close to them working in the judiciary. Such people are often more successful in selection procedures, the report of the legal watchdog Via Iuris suggests.

As a result, the think tank doubts the objectivity of the selection process, the TASR newswire reported.

Via Iuris has monitored 46 selection procedures since May 2015. Altogether 563 candidates took part in these, of whom 58 young lawyers were appointed by President Andrej Kiska. Around 33 percent of them have a close link to someone already working in the judiciary.

“Just like in other professions, it’s natural that children want to follow in the footsteps of their parents in the judiciary as well,” said Kristína Babiaková, a lawyer associated with Via Iuris, as quoted by TASR. “However, the results of the monitoring raise doubts about the objectivity of selection procedures.”

It is important to set selection procedures for new judges in a way that would be objective and would prevent the post of judge from becoming a family privilege, she added.

Justice Minister Lucia Žitňanská (Most-Híd) has pushed through stricter rules for the selection of judges that came into force as of July 1, Babiaková stressed. These include unified assessment forms and recording and publishing the spoken part of the selection process.

The research has also revealed that around 76 percent of successful candidates are between 30-35 years of age. This is normal abroad as well, but there are mechanisms elsewhere that check the abilities of new judges after a prescribed period, according to Via Iuris. Slovakia lacks such a mechanism, and so a debate about the professionalism of 30-year-old candidates for the lifelong post of judge is justified.

Around 81 percent of new judges have a judicial background. They either completed exams for the judiciary or worked as senior court officials. Only one fifth of judges had former work experience related to advocacy.

Women slightly dominate (55 percent) among the newly appointed judges. However the proportion dropped by 8 percent when compared to the previously monitored period between 2011 and 2013. A total of 66 percent of people currently employed in the judiciary are women, TASR reported.