Police halted a wedding set to take place between a Slovak woman and an Indian man – he offered €4,000 for the bride. 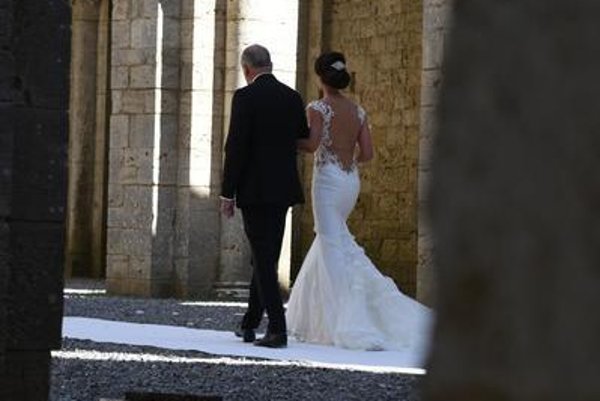 Police from the National Unit for the Fight against Illegal Migration, last week uncovered cases involving human smuggling and trafficking. “In the first case, the investigator charged a man aged 36, identified as Karol B. of Košice, for human trafficking,” Police Presidium spokeswoman Denisa Baloghová informed the Aktuality.sk website. “He faces up to seven, or even 12 years in prison for forcing Slovak women into marriage.”

The man allegedly persuaded seven Slovak women aged 20 to 30 years to take a good job in Germany. They arrived by bus in Berlin where – instead of the promised job – they were supposed to marry Serbian citizens who thus wanted to legalise their stay in the European Union.

„In six cases, weddings took place in Denmark; but one prospective bride was opposed to the idea and so the marriage was not concluded,” Baloghová said. “The financial profit of the match-maker should have been at least €3,500. The charged man will be prosecuted at large, while the women are already safe on Slovak territory.”

In the second case, the investigator last week charged a woman aged 28, identified as Linda L. from Bratislava, Patrik B. of the Veľký Krtíš district, aged 23, and Soňa L. of Nové Zámky, aged 30, for human smuggling.

„The investigation showed that they all allegedly prepared the meeting between Soňa L. and an Indian man aged 40, Naresh K., in Vienna,” the police presidium spokeswoman said. “The Indian man was to pay €4,000 to the three Slovaks, after all formalities are settled and the wedding was successfully completed. Everything went smoothly, the wedding was to take place in Nové Zámky. However, even before bride and bridegroom said Yes and legalised the ceremony, police raided the hall and prevented the wedding.”

If convicted the three suspects could face two to eight years in prison, and will be prosecuted at large. The hopeful husband will have to return to Austria where he is an asylum seeker.

What is illegal here is the organising and inciting of marriage for financial reward.