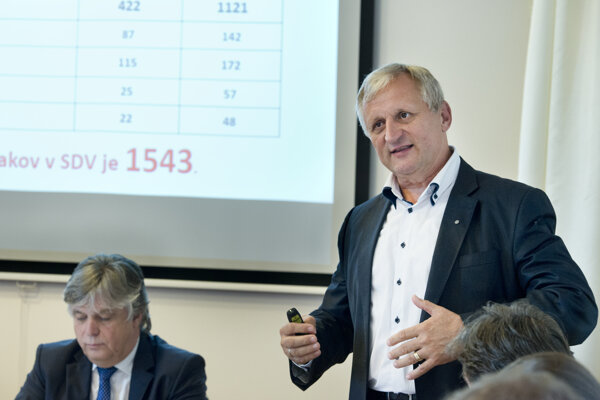 A total of 1,121 teaching contracts have been signed, and 1,543 students have joined the system, Jaroslav Holeček, President of the Employers’ Board for the Dual Education System, told the TASR neswire on September 14. The dual education system is entering its second school year with a total of 142 employers creating 172 practical training schemes; while the number of schools linked to the system has grown as well. Fifty-seven schools now form part of the system, while the number of study and training fields has reached 48.

The above figures are positive news, according to Holeček who pointed to the fact that employers have created 2,700 places for students although only just over 1,500 of them have been filled. In fact, the employers concerned are prepared to take on 6,145 school-leavers. “Employers see this as an opportunity to prepare qualified labour for themselves,” he said. “We’ve been successful in getting foreign investors involved. They see this as natural.”

Holeček noted that school attendance has improved thanks to dual education.

However, he also mentioned some weak points in the system. Employers still cannot find as many students as they need. Pupils and their parents still do not show any great interest in preparing for a job. Holeček sees the problem in a lack of information and the absence of an information-educational campaign. Another problem lies in the unsuitable structure of study and training fields and the form of the school network.