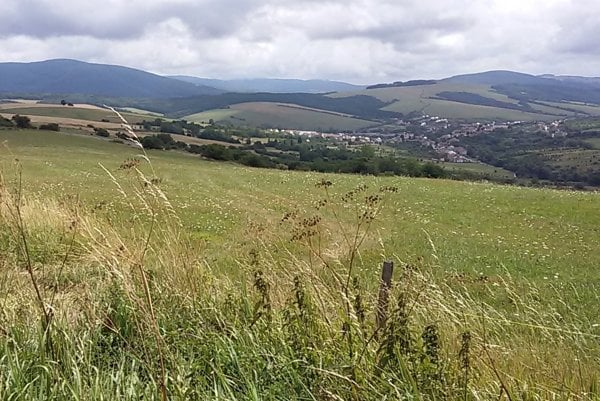 Most of the day was spent in the Czech Republic, which seems to be more down-hill than Slovakia – so we are not complaining. At this point I should warn people that Slovakia is almost entirely uphill. We spend hours walking up but have very little memory of walking down – it’s just one of those optical illusion countries I guess.

We’ve never been to Mount McKinley in Alaska but now we’ve walked higher.

We drifted from forest to field and back all day. The weather still good but, thankfully not so hot. Bear drills coming along nicely. We found a tall wooden viewing tower which somebody had left lying around. We climbed it to see if we could see the owner but there was no-one. So unless it has been claimed it’s probably still there. With a green and pleasant view. 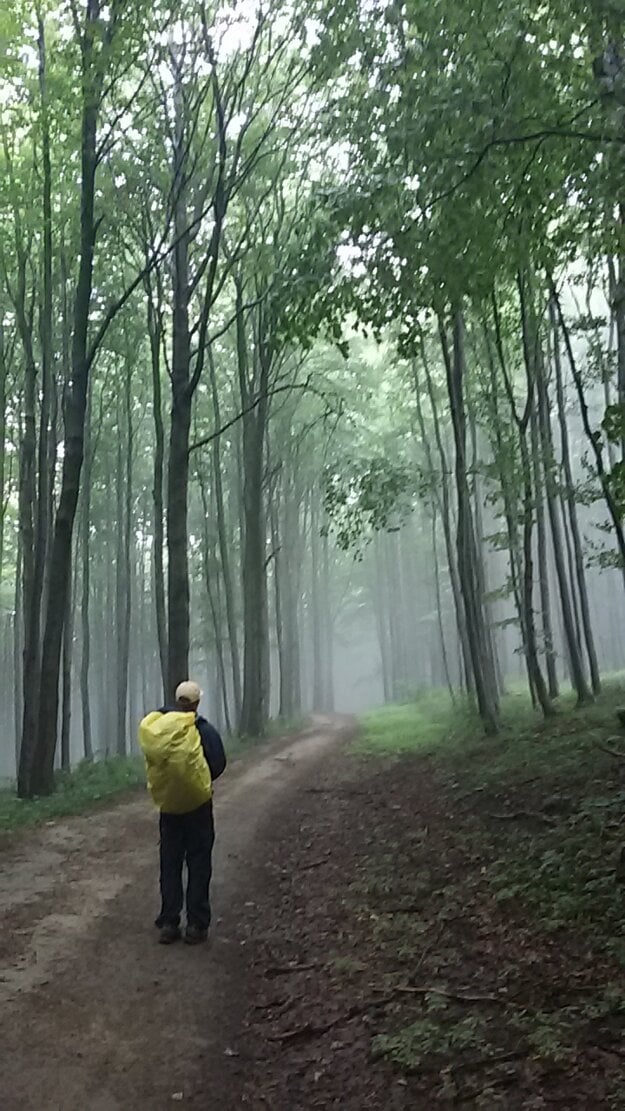 This has been the most open day so far and it’s very nice. We’ve been going nearly 10 days, we are generally clean, have stayed in proper accommodation and haven’t eaten any dehydrated food. If we can do it – anyone can. Ok we are lucky and had a big chunk of time. But there is no difference in doing it in 2 goes or 22 goes. Get out there and walk. You may be surprised – it’s not so hard or at least you soon get used to it – and its real quality time with the family. Talking of family, no mention of the parrot but still talking about the guy… hmmm.

Go on a walking weekend, two days. I promise, we promise, it’s just like backing your head against a stone wall. Nice when you stop.

We spent the night in a hotel almost wholly occupied by Czech – American Christian group. The looks weren’t very Christian when we sat at somebody’s table for our kofola (still no sponsorship). At dinner we were segregated, however when the singing started we decided that we were not so put out.

General comment
Slept in the Czech Republic today. Or have they changed the name?
Stumbled upon an American religious group teaching English. Very nice people. They will go to heaven.
Mount McKinley – 6,190 meters the highest mountain in the USA, Alaska. Take that Uncle Sam.