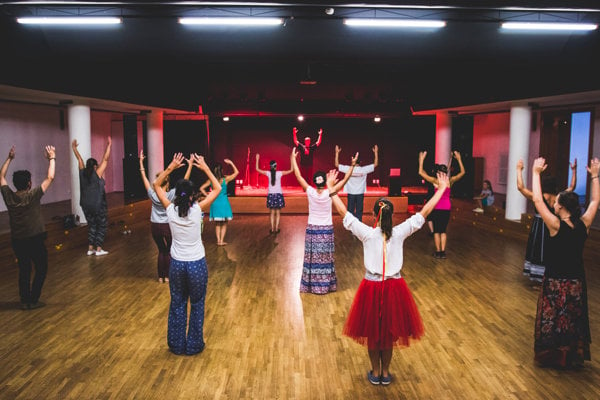 As with every newborn baby, the future of the World Music Festival was open and unsure before its first performances in 2016. It seems, however, that the start has turned out well and both lay visitors and experts were well satisfied. It appears that the weather also played into the hands of the organisers.

Indeed, it might even have been a bit too hot for the festival which took place on September 9 and 10 but as the core events took place outside, they were at least spared rain, wind or even the thunderstorms that have overshadowed some similar productions.

The highlight of the festival for visitors was on the evening of September 10, when two foreign duos, a truly international assembly of musicians, two unexpected improvising soloists and a local band took to the stage.

Kevin Seddiki (Algerian/Italian) and Bijan Chemirani (Iranian) from France, with their fragile style mixing and merging several influences, warmed up the audience for Zohar Fresco and Christos Barbas (Israel and Greece, respectively) who wandered even further to pick up inspiration for their meditative and allegedly, even healing music. 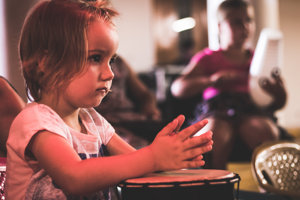 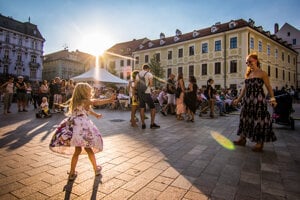 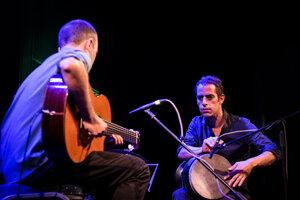 The Corcovado Salsa Club (Peru, Guatemala, Cuba, Mexico, Austria) on the other hand made the blood run hot and after a more spiritual experience, even the visitors danced. Although their selection of tunes had a more classical Latin influence compared to their more recent hits, they were able to capture the audience. The last of the originally planned performers were the band Muzička which managed to conquer the world music charts with their version of folk tunes, spiced up with humour and lively energy. Two Polish folk musicians, and experts on world music, Ilona and Jan Slowińskis, appeared as guest performers.

An unexpected performance was given by two players of the traditional Slovak wind instrument, the fujara: Slovak Dušan Holík and Briton Andrew Cronshaw.

They both originally participated in the expert conference that accompanied the festival but they could not resist the temptation to join the practical with the theoretical. The conference included world music theoreticians, organisers, producers and managers and apart from exchanging experience and knowledge, they also explored the Slovak world music scene – praising local tradition, musicians and also the “interesting stories they had to share with the rest of the world and the global world music community”, according to Riitta Huttunen from Finland.