Rescuers helped a pair of tourists who were camping in the wrong place and had food in their tent. 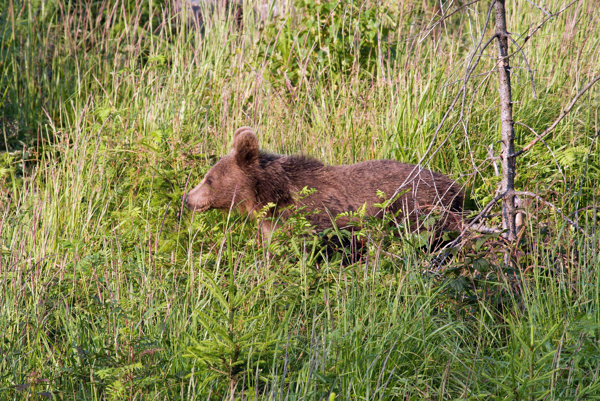 Two Czech tourists who were attacked last week in the Western Tatras by a bear broke the visiting rules of the Tatra National Park (TANAP), Pavol Majko, director of TANAP Administration, said for the SITA newswire.

They had set up tents near the Bystrá Lakes, which are part of the national park, according to the Mountain Rescue Service.

“There are specific areas in the national park where people can camp,” Majko told SITA, adding that if anyone decides to violate the visiting rules in this unreasonable way they are responsible for the consequences.

When the bear attacked the tent, the Czech tourists ran and hid in bushes where they spent the night. They contacted the Mountain Rescue Service in the early morning hours and the rescuers managed to locate the both the camp and the tourists.

They weren't injured by the bear, sustaining only scrapes and scratches from running in the bushes, were tired and chilled, according to the Mountain Rescue Service.

The rescuers treated the tourists at the site of incident, packed their personal things that were scattered by the bear and accompanied them to the village of Podbanské, from where they continued on their own.

The bear was allured by the smell of food, according to Majko.

“Everywhere in northern countries where the brown bear lives, food can not be left in tents,” Majko stated for SITA. “Food, as well as trash, is placed in a special place in camps so that the bear is not attracted there.”

The bear wasn't interested in the tourists but in something he smelled, Majko added.