Theatre festival: Ode to Joy – or the EU’s true face

The Divadelná Nitra theatre festival, now in its 25th year, focuses on the issue of how modern society in Europe is connected. 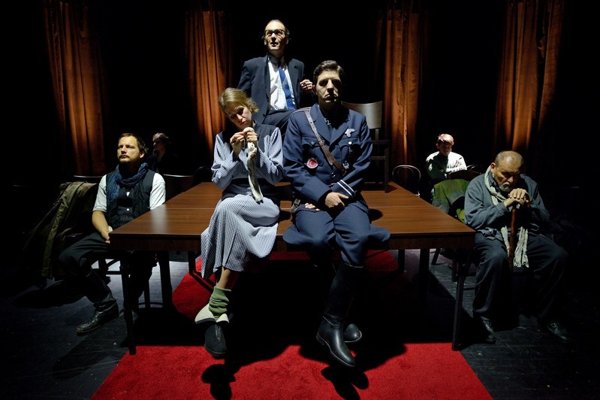 As contemporary nations have not appeared overnight but are built on the legacy of the past, the Slovak and foreign productions to be presented between September 23 and 28 will also look back on the best and worst moments of history and on the imprints they left.

“We staged a play about how communists executed communists,” theatre-makers from the Aréna Ostrava Chamber Theatre said about how their production “Hearing” was born. “And later, we realised that as a nation, we have many more such skeletons in the closet. This play is about how Jews were deported from the Silesian city of Ostrava; and the last part of the trilogy will deal with how Czechs expelled Germans after [World War II]. Everyone knows who Adolf Eichmann was – but a few know that his first attempt at deportation was of the Ostrava Jews. Thus, we connect wider history with more local events.”

Tomáš Vújtek, director of the play “The Hearing”, cited Czech emigre director Alfréd Radok in saying that true theatre is about things which you feel in the air – that without this context, it does not make sense. What you live, think, and feel also selects the tools you choose. Vújtek also stressed that what connects the “historical” plays of his theatre is humour – sometimes black, terrible irony – which makes it easier to look at the dark sides of the nation and its history. 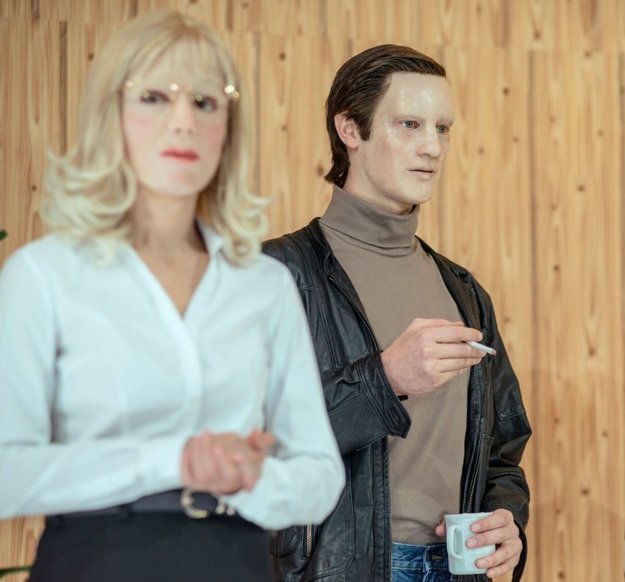 The festival’s main programme will open on the evening of September 23 evening with the German play “Why Does Herr R. Run Amok?” by the prestigious Munich theatre Münchner Kammerspiele. Other foreign productions include “Ukrainian Roses” by the Dakh Daughters Band directed by Vlad Troitskiy; the Iraqi-Swedish refugee testimony “Iraqi Bodies” from Gothenburg by Anmar Taha; “KANTOR Downtown” performed by Teatr Polski Bydgoszcz by Jolanta  Janiczak, Joanna Krakowska, Magda Mosiewicz, Wiktor Rubin; and “French Suddenly the Night” by the Compagnie Du Zieu, Fère-en-Tardenois, directed by Nathalie Garraud.

Ode to Joy – true or ironic?

The Slovak productions focus on pressing issues too, and the genres vary from “a family circus”, through a modern dance piece, a one-woman show, a life-story of a dissident, to a wider study of contemporary Slovak society.

Despite the serious issues dominating the general mood in society and also the festival, Kárová promsied there will be also joy – as well as the “Ode to Joy” – palpable for both performers and organisers, and visitors. Divadelná Nitra 2016 is about posing questions, looking for values. The subtitle “Ode to Joy? The Past, the Present and the Future” refers to European themes, and thus poses questions and searches for values oscillating at the socio-economic and surface levels.

As for the form and genre in the main programme, the pieces vary from a grotesque and classical drama, through political cabaret, to dance and body theatre, a video-installation and even a circus, Kárová said. 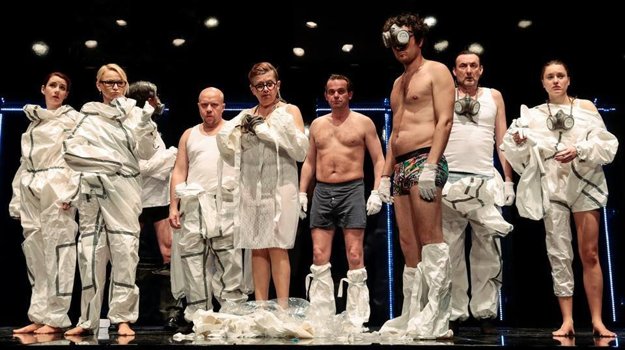 The accompanying programme is also rich, offering various workshops, a black-box installation that samples the life of visually impaired people, programmes for children and youth, and many other events in the streets of Nitra and local venues, including thematic exhibitions and several happenings in the local synagogue. Apart from a photo-exhibition mapping 25 years of the festival, the Newrope exhibition presents the ideas of artists from several countries about the “Ode to Joy” and its visual depiction, and it will spill from the Nitra Gallery to the city streets too. 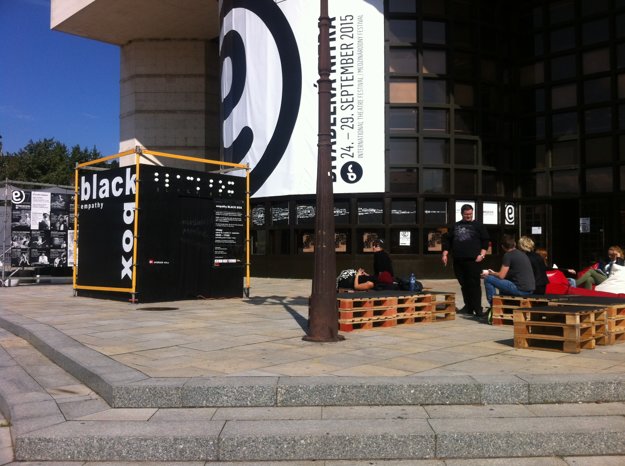 The !Balck Boc" of empathy (Source: Courtesy of Divadelná Nitra)

All the performances and many of the accompanying events are with English subtitles, translated or interpreted simultaneously. The bulletin – as well as the outline on the website – is also offered in English.

“If Jesus Christ appeared today, he would be a German,” the Czech piece states, adding that this nation is God’s tool to destroy the evil superpowers of the world. If this sounds anyhow familiar – and one could clearly replace Germans with some other nation – even today, it makes the performances, and the festival itself, more pressing and acute. And its leitmotif –  “Ode to Joy” with a question mark – is at least a little provocative.