Behind the sound economic growth of Slovakia is consumption of households 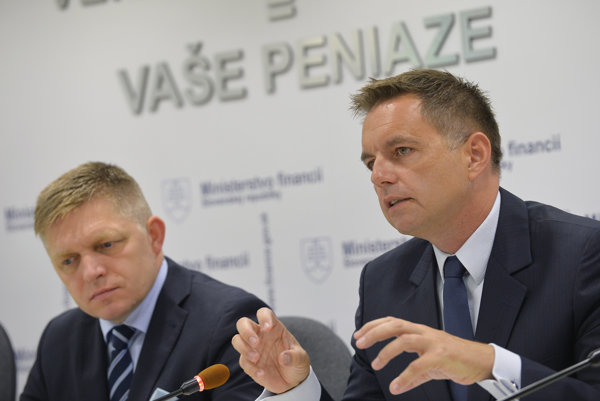 Slovakia’s economy will grow by 3.6 percent year-on-year in 2016, said Prime Minister Robert Fico citing an updated forecast of the Finance Ministry. This means that the country would keep its growth pace from the previous year, while originally growth of 3.2 percent was expected. The sound economic growth is fuelled by consumption of households as well as net exports.

Slovakia is doing very well and is among the countries with the fastest growing economies in the EU, Fico said. He recalled that the developments in 2016 are absolutely in line with predictions and promises provided by the former Smer government (2012-2016) at the beginning of this year.

“It’s with great pleasure that I announce that economic growth should hover around 3.6 percent in 2016, which would place us among the fastest growing EU economies,” said Fico as cited by the TASR newswire. “It can be assumed that the same pace will be reached in 2017 as well. For that period we also have to take the fallout from Brexit into account.”

Analysts reduced the expected economic growth for 2017 by 0.2 percentage points from 3.7 percent. Finance Minister Peter Kažimír explained that the economy should increase by 3.5 percent y-o-y in 2017, with the impact of the Brexit fallout of 0.2 percent of GDP already taken into account.

“We perceive this value as a positive risk,” said Kažimír. “It is possible that political bickering and the prolongation of negotiations [on Brexit] will extend the negative impact,” said Kažimír.

Fico praised the fact that the main driving force behind economic growth is household consumption. Car manufacturing should also break some records, pulling exports above the 5-percent growth threshold. The Finance Ministry’s prognosis estimates that the announced investments in the automobile industry, including by Jaguar Land Rover and the Bratislava bypass, will be reflected in the final quarter of 2016.

Also the labour market is registering positive developments when almost 50,000 new jobs should be created this year. The Finance Ministry expects that the growth of real wages would exceed the 3-percent level for the second consecutive year. Inflation should remain low too.

“Slovakia is doing well,” said Fico. “Slovakia is a country that has things to offer - economically, financially and internationally. If we add an elementary rate of political stability to this, I’m convinced that Slovakia has everything it takes to come close to the average quality of life in the EU.”