Team Europe closing in on semi-finals

The squad composed also of Slovak players has already won two matches at the 2016 World Cup of Hockey in Toronto. 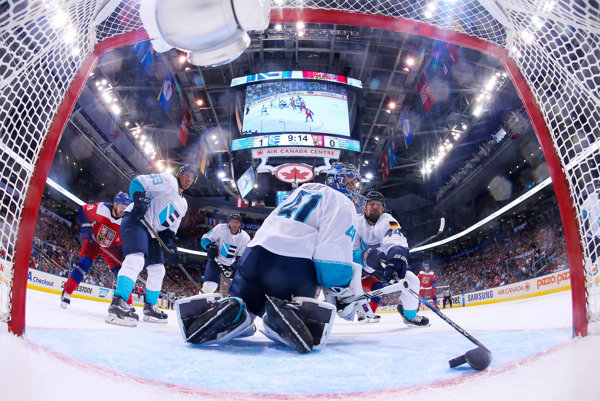 The hockey players of Team Europe came closer to the semi-finals after they recorded their second victory at this year’s World Cup of Hockey held in Toronto between September 17 and October 1.

The team composed also of six Slovak players defeated the Czech Republic 3:2 in overtime on September 19, and now leads Group A with four points.

One of the goals was scored by defenceman Zdeno Chára, while goalkeeper Jaroslav Halák stopped altogether 28 shots of the Czech players. He also recorded one assist to the goal scored by Mats Zuccarello, the Sme daily reported.

Though they were considered underdogs at the beginning of the tournament, Chára thinks it is good that they united quickly and now play as one team.

“People were mistaken if they thought we did not believe in ourselves as a team,” Chára said, as quoted by the TASR newswire, adding it is now important to remain united and play as one squad.

Along with the Slovaks, there are players from seven other European countries on the team.