The number of employers, schools and students joining the dual education system has doubled in its second year, as some German companies introduced their own projects. 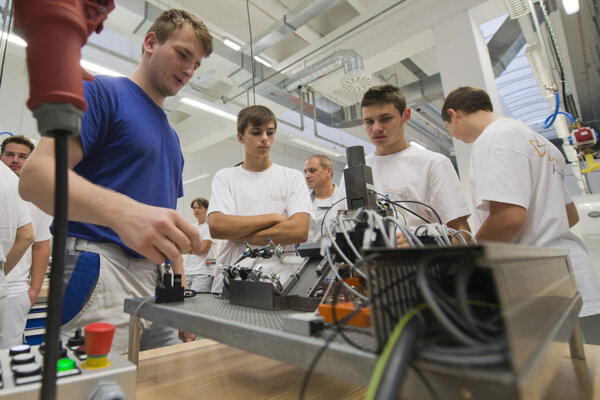 While dual education is in operation in Slovakia for more than a year, a new wave of employer interest, notably from Germany, is bearing more fruit.

The dual education system, which the government introduced in school year 2015/2016, connects state schools with private firms in an attempt to train students with skills best suited to obtain jobs. Involved parties must cooperate closely and keep education plans in accordance with the needs of the labour market, said Markus Halt, spokesman of the German-Slovak Chamber of Commerce (DSIHK).

“The main benefit of training young people according to the dual system is to gain skilled personnel already familiar with the processes on-site,” Halt told The Slovak Spectator.

The system offers companies a chance to make up for the lack of a skilled workforce and the poor quality of Slovak graduates. German companies Gabor, Hella Slovakia, Kaufland, Lidl, Manz Slovakia, T-Systems, Vacuumschmelze, Volkswagen, DM Drogerie Markt and Continental Matador Rubber are among those employers which participate in the system.

The number of employers, schools and students joining the system has doubled in the 2016/2017, according to Jaroslav Holeček, president of the Employers’ Board for the Dual Education System. A total of 1,121 teaching contracts have been signed, and 1,543 students have joined the system.

“Employers see this as an opportunity to prepare qualified labour for themselves,” Holeček told the TASR newswire on September 14. 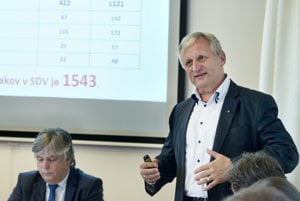 The National Union of Employers (RÚZ) sees positive results on the student side. Students with an educational contract display a more responsible approach to fulfilling their duties, better attendance, better results and more activity, said Peter Fečík of RÚZ.