New amendment cuts fines for driving on toll roads without e-sticker to €150 and introduces restriction that fines can only come once per month. 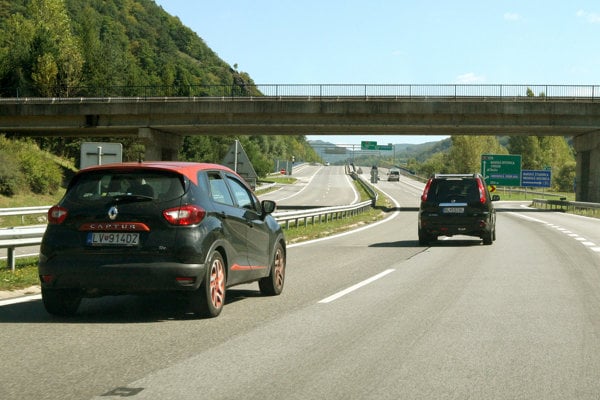 Though drivers who utilised the Slovak highway system without an e-sticker have thus far run the risk of paying very high fines, they often end up paying nothing because of the flawed setup of the system.

“The amendment applies only to changes in fines as the system is able to identify each person who drive on toll roads without payment,” Ducká told The Slovak Spectator.

The changes reduce fines for driving on toll sections of highways and motorways without e-sticker from €300 to €150, for vehicles up to 3.5 tons and payment up to 15 days even to €100. The €150 fine shall also apply to backwardly infringements recorded by the system, the draft amendment stated.

Drivers without an e-sticker shall get fine only once a month in contrast to previous daily penalties and if the driver gets fined twice within 12 months and then buys and e-sticker, they will not have to pay the second sanction. While the amendment should originally have been in force from early-October, several tweaks have pushed that back to November 1.

The law does not contain all the changes proposed in the parliament. In the second reading of the amendment in the parliament, opposition MPs of Freedom and Solidarity (SaS) party proposed a number of changes including purchase of e-stickers for any number of days and 365-day validity of annual e-sticker as opposed to current validity through January of next year. However, the parliament did not approve them, said SaS vice-chair Jana Kiššová.

“Though the amendment patches irrational, functionless and poorly prepared fines, it does not adjust all problems which relate to the original law,” Kiššová told The Slovak Spectator. 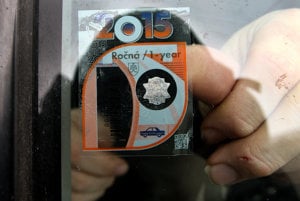 Other proposals include purchase of e-sticker via text messages and exemption from obligation to pay highway fees for trailers, Kiššová wrote in the commentary for the EuropskeNoviny.sk website.

Price of 10-day sticker may rise

In addition to the amendment, the Transport Ministry is analysing options to increase fees for driving on highways. While Slovakia does not have a wide highway network, officials are considering increased rates on the 10-day passed used by foreign tourists, Transport Minister Arpád Érsek said.

“The Czech Republic and Austria have a bit more expensive 10-day sticker,” he added, as quoted by the TASR newswire.

Prices of monthly and annual e-stickers are the lowest among the surrounding EU countries and have not increased since 2011, National Highway Company (NDS) spokeswoman Michaela Michalová said.

The increase of price on the 10-day e-sticker, which currently cost €10, will affect mainly occasional drivers who do not utilise highways throughout the year, but only go with family on vacation or Christmas shopping into a larger city, said SaS member Miroslav Ivan.

Transport analyst Jozef Drahovský opined that the change is only a marketing matter in an attempt to increase the sales volume.

“Whereas the stickers are electronic, we just need to set a price formula on any period up to one year, thanks to which each driver buys a sticker for the required number of days,” Drahovský told The Slovak Spectator.

Majority of motorists who drive on Slovak highways without e-stickers come from abroad. They amount to 538,000 of 814,000 all unique vehicles noticed from the launch of the system disposed of foreign licence plates, and in August 2016, the quantity of foreigners increased by 77,000, the SITA newswire reported.

As in the past, drivers who use cars registered abroad get fines on the spot, Ducká said. The Transport Ministry in cooperation with NDS and the police is preparing more intense checks especially around state borders.

“In addition, we currently analyse models which allow automatic sanctioning of these drivers in the statutory period of two years,” Ducká said. 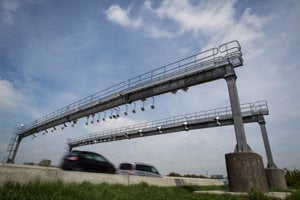 The NDS is planning new LED boards with information about the changes on the highway border crossings with the Czech Republic in Brodské, with Austria in Jarovce and with Hungary in Čunovo and Milhosť.

Many cases of driving without permission occur without drivers’ knowledge. Despite the State Secretary of the Transport Ministry Viktor Stromček pushing for full functionality, the system does not assess the data about fee evaders and does not provide any information to people about high fines, said SaS's Karol Galek.

If the driver uses highways and thinks that they paid they toll but made a mistake, they will get a fine for every driving day, according to Drahovský. While the current objective responsibility system does not notify drivers about these matters, driver can receive, for example, after a year fine which limits their ability to even get a mortgage, he said.

An essential requirement for efficiency of any system is its full functionality, Galek said. Only then they would authorities not only effectively sell stickers but also control and enforce fines.

Ivan advocates “to change the validity to annual and introduce the possibility to buy e-sticker for arbitrary period, not only 10 or 30 days.”

The objective responsibility system should send information about infringements no later than 24 hours after finding out, to enable drivers to correct their actions, said Drahovský.

Despite all drawbacks to the e-sticker system, video surveillance is inherently more efficient than random physical checks, said Ivan. 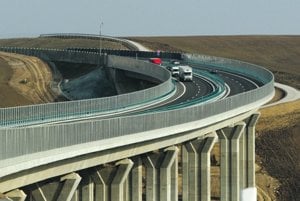 Until July 2016, NDS collected €65 million from the sale of e-stickers, three years earlier than it took to reach that level last year. In addition, costs of the system are year-on-year substantially below 2015, Ducká noted.