The government changed corporate tax and passed several laws proposed by the Finance Ministry that will impact the state budget in positive and negative ways. 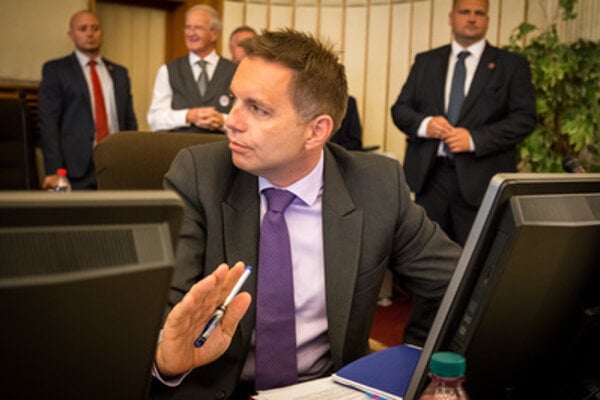 The primary goal of these changes is to help the self-employed and small and medium-sized businesses, Finance Minister Peter Kažimír said.

On September 21, the cabinet  approved the reduction of income tax on legal entities to 21 percent, the introduction of tax on dividends amounting to seven percent, as well as the increase of flat expenses for the self-employed.  It seems that previous strong protests by employers against the new tax have been successful – as instead of 15, it only amounts to seven percent, the Sme daily wrote.

Kažimír calculated that in total, the amendment to the law on income tax – which includes these changes – will have a negative impact on the budget of €130 million.

On the other hand, an amendment to the law on gambling should bring more money to the state coffers – in the region of €18 million.

The cabinet also approved the increase in levies in the regulated sectors: “Compared to zero, it means €160 million; but compared to our budgeted limits, this means about €80 million,” the minister said, as quoted by the TASR newswire. “And if I talk about income tax, the negative impact is minus €130 million so far. So there are both pluses, and minuses. We agreed on lowering the tax burden for some groups which will totally mean in that period about a quarter of a billion euros a year – thus, in the perspective of the whole election term, this means about one billion euros. This is not a small amount of money,” Kažimír stated.

The increase in levies in regulated sectors will involve big companies.

Kažimír summed up that while making these changes, the government must look to both achieving a balanced budget and financing its priorities.