Successful end of a trip around the world by bike

Slovak cyclist circled the world and traveled over 66,000 kilometers. 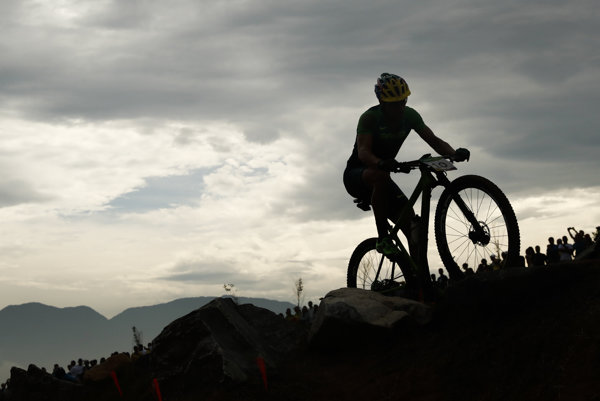 Karol Voltemar successfully completed his bicycle trip around the world at the Main Square in Bratislava last week.

“If I should describe the whole journey with two sentences, it was about freedom and voluntarily getting know the unknown by bicycle,” Voltemar started describing for the Sme daily newspaper shortly before his last few kilometres. “I could only rely on what I knew and on my instinct.”

Everything that he needed for life was carried in a few waterproof cycling bags since May 2013. Their number and contents was, bit by bit, reduced to a minimum. He realised that a little is enough for a happy life.

At the beginning he lived off of his savings; thanks to his type of work, however, he was able to make a living as a digital nomad and thus was able to work during the course of his trip.

The worst part of his journey was in Iran, where a tractor trailer felt down on him and he needed to change his journey plans because of an injury. Other downtimes included getting robbed and getting dengue fever.

Such troubles were balanced by the help given by strangers at various places.

“For example one couple invited me to their home in South Australia, despite the fact that they knew nothing about me,” the Slovak tourist informed Sme.

In some rural parts of China he became an attraction for the local people thanks to his light hair.

Voltemar has always been the computer type, but his mum made him get out and moving to get him away from constantly being in front of the screen. He was stubborn and stuck with the computer, but at the same time learned to enjoy being active, biking being one of his favourite activities.

He started preparing for the journey in 2004 but was waylaid by a complicated fracture of the leg.

For some time he wasn't even able to walk but after convalescence he tried biking in Turkey. It went well, so he started his journey around the world from under Devín Castle on two wheels in 2013. He completed his trip after 1 231 days.